Connecting people — this time, the revolution is mobile 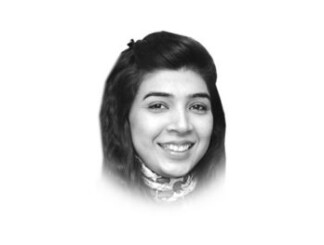 The writer is an award-winning marketer and is the head of marketing and communication for Warid Telecom. She has previously worked with Mobilink and The Coca-Cola Export Corporation, where she was the Group Brand Manager

Pakistan witnessed a historic landmark this year. For the first time, a democratically-elected government completed its term in office and a democratically-elected parliament handed power over to a caretaker government. Despite the criticisms many people had of the previous government, the truth is that Pakistan’s chequered past is not a waste; rather, it is an important lesson for us in our ongoing development as a nation, where we can look at the successes and failures and see that while there have been lots of mistakes, Pakistan’s underlying narrative remains strong.

“If you look at all that has happened in the past, Pakistan’s is a success story,” said Professor Vyacheslav Belokrenitsky to stunned audiences at the recently held Karachi Literary Festival (KLF). Professor Belokrenitsky elaborated that at the time of Partition, Pakistan was made up of the least developed parts of India, but “since then, many parts have urbanised and the population has grown manifold. It has become a vibrant society.” This is not a sentiment one hears often, and jaws dropped and wild glances traded as people strove to digest this singular compliment.

With the completion of our country’s first full parliamentary term, I started thinking about Professor Belokrenitsky’s statements. We have become so used to hearing Pakistan being constantly criticised by those outside our borders, that the professor’s statements resonated with me — as they no doubt did with many others. Indeed, it is not often that a public figure of Professor Belokrenitsky’s stature says something positive about our country.

However, when seen from his perspective as a leading academic on South Asian history, Pakistan’s success is undeniable. From a tiny population with virtually no infrastructure, Pakistan has grown exponentially in terms of industry, society and agriculture; our country has become a key regional player where it could have become a footnote to Indian hegemony. Our constitutional development may have been difficult and lopsided, but it also means we have the strength of experience behind us and a litany of mistakes we can vow to never make again. Recent developments, like the rise of a free press and the digital revolution, have laid the foundations for a vibrant and strong democratic future. As people communicate with one another better, the possibilities of hegemony by any one group become more remote.

Perhaps, the most significant development in recent years has been the switch to a digital and connected knowledge-based society. In this regard, there can be no question that the vanguard was led by Pakistan’s telecommunications and internet industries. Just a decade ago, the Pakistani telecom landscape was as barren as the Thar Desert. By 2008, Pakistan was the world’s third fastest growing telecommunications market with multiple players vying for a piece of the pie. Today, Pakistan’s telecom infrastructure is improving dramatically, with foreign and domestic investments into fixed-line and mobile networks. The mobile telecommunications sector, in particular, is seeing significant growth. Pakistan crossed the 100 million mobile subscribers’ mark in July 2010 — a landmark achievement, rising from a mere 1.7 million in 2002. And with 118 million mobile subscribers as of March 2012, Pakistan has the highest mobile penetration rate in South Asia. Approximately, 90 per cent of Pakistanis live within areas that have cell phone coverage and over half of all Pakistanis have access to a cell phone. More importantly, the telecom industry contributes around three per cent to Pakistan’s GDP. In FY 2010, the total telecom sector revenues were around Rs357.7 billion compared with Rs333 billion in the preceding year. Furthermore, the telecom sector has contributed around Rs110 billion to the national exchequer every year for the last three financial years.

These figures are astounding when one considers how quickly this growth has taken place and the relative youth of the telecommunications industry. They also point to another very important fact: telecom companies in Pakistan are fulfilling a genuine need that existed for a long time, but is gaining recognition now — the need for people to communicate and keep in touch with relative ease and at a reasonable cost.

There were many lessons that were learnt over the years by the industry, by government and regulatory authorities, and by investors and manufacturers coming into the country. However, on balance, the growth in the industry and the processes of regulation have worked to the consumers’ benefit. Through a rigorous process of trials, operators and regulators have learnt what practices best suit Pakistan. Consumers themselves have been vocal and involved and have engaged telecom operators by making their feelings known about products and quality of service. It is engagement that pushes operators to become the best, as shown by the number of quality of service awards many internet and mobile operators have garnered internationally in recent years.

In terms of operators, many are now changing their model to reflect a culture of innovation. Initially, many operators made the mistake of entering into price wars to try to woo the same segments of the market. This was counterproductive. Now operators are finding new ways to appeal to consumers based on their strengths and the kinds of services they can offer, by segmenting the market in terms of products and the kinds of services different segments require. This is a far better model than constant price wars and will allow telecom operators to make better products and give consumers a range of choices. This change took time, but eventually the model worked itself out and now we can expect a proliferation of mobile broadband services in 2013.

All this points to a steady development that has occurred despite the country’s problems and those faced by the industry in particular. Of course, as Professor Belokrenitsky pointed out, success is not easy and development may play its part in creating problems. As our digital and real lives become increasingly intertwined, the role that Pakistan’s telecom industry plays in the development of the country as a whole will become more important than ever. This time folks, the revolution won’t just be televised, it will be mobile.