Conference calls for strategy to counter misuse of cyberspace 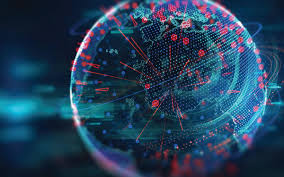 LAHORE: Speakers at a two-day conference on cybersecurity have said that subversion on religious, sectarian, ethnic and social issues through a soft offensive by using internet and the cyberspace needs a comprehensive counter strategy to ensure that people, especially the youth, do not fall prey to the agenda of the enemy.

The conference titled ‘Peace Building and Cybersecurity Measures’ was organised by the Qarshi University, Muridke campus, and the Stars College, Muridke Campus. Experts and researchers besides a number of academicians, lawyers, civil society members, students and parents attended both the events.

Speaking on the occasion, Prof Tufail Abbasi apprised the participants as to how negative elements misuse the cyber space by cyber-bullying, identity theft and loss of private data. Highlighting the risks of hacking and misuse of personal information, he cautioned the young students about terrorist groups increasingly using cyber space for recruitment and radicalisation of the youth. While discussing the good practices in using social media platforms, he underscored the importance of personal data and significance of its protection. He explained how the children may unwittingly expose their families to online risks, for example by accidentally downloading malware that could give cybercriminals access to very sensitive personal information.

Speakers said the community has become highly dependent on this new technology but at the same time anti-state elements as well as criminals have also invented the faster techniques to use internet for their nefarious designs and to commit crimes. They sensitised the participants about potential threats of promotion of liberal ideologies, drugs business, violence and sexual harassment on the internet.

The speakers highlighted the role schools can play in sharing good practices in order to promote safe surfing guidelines. They suggested that a nationwide campaign can be launched in schools to make children aware of the potential risks of the internet.Different videos were also played to raise awareness among the students, teachers and parents about darker side of the internet.