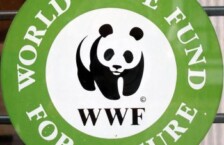 KARACHI: Expressing concern over the steep decline in shark population mainly due to unsustainable fishing practices, experts from Pakistan and regional countries called for collaborative efforts to monitor, research, and conserve sharks in the Northern Indian Ocean.

Shark conservation action plans at national and regional levels, they suggested, should be developed in line with the Food and Agriculture Organisation’s International Plan of Action and based on robust scientific data.

They were sharing their experiences and observations on the first day of a three-day workshop titled ‘Shark conservation in the Northern Indian Ocean’ organised by World Wide Fund for Nature-Pakistan (WWF-P) at a local hotel.

Speaking about the threats to shark species, director conservation at WWF-P Dr Babar Khan referred to a recent International Union of Conservation of Nature (IUCN) Species Survival Group report according to which one-third of open-ocean shark species were in danger of extinction in the next few decades; many others have had population declines of over 90 per cent in the last few decades.

“We need to control and eventually stop unsustainable shark fishing by putting a ban on shark fin soup and implement strategies to reduce by-catch,” he said.

Andy Cornish, shark leader at WWF (international), however, was of the opinion that latest estimates suggested that 25pc were now threatened with extinction despite concerns pertaining to overexploitation of sharks and rays 20 years ago.

“Shark experts have reached the conclusion that lack of species-specific data and reluctance to set science-based catch limits are key challenges in the conservation of sharks. This requires immediate corrective measures and close regional collaboration,” he noted.

Indian Ocean tuna manager WWF-Mozambique Umair Shahid pointed out that by-catch of sharks in the Indian Ocean fisheries was a growing concern. More sharks ended up as discards while retained species were sold in different markets, he said.

Mohammad Moazzam Khan, a technical expert on fisheries with WWF-P, said that it was time that Pakistan developed a national plan of action and contributed towards regional shark conservation plan.

Referring to some data, he said 144 species of sharks and rays had been found in Pakistani waters. “We are working in close collaboration with provincial fisheries departments to help promulgate legislation for protection of sharks, mobulids, guitarfish and other endangered and threatened species,” he observed.

Representatives from WWF-Hong Kong, Maldives, Sri Lanka and Indian Ocean Tuna Commission and International Seafood Sustainability Foundation (ISSF) made presentations and shared experiences about conservation of sharks in the Northern Indian Ocean. They proposed a regional plan of action to help protect these species.

On part of the Sindh government, Minister for Environment and Coastal Development Mohammad Taimur Talpur assured the participants that the government would do everything possible to help save the dwindling population of sharks in Pakistani waters and support conservation plans at national and regional level.