LAHORE – Concealment of public feedback regarding delivery of services has been declared a crime in Punjab and the offenders will be dealt with accordingly under the relevant laws.

A high level meeting chaired by Punjab Chief Secretary Khizarhayat Gondal last week decided that the practice of concealing information by government officials about citizens’ feedback on the delivery of services will fall under the ambit of “corrupt practices” and the delinquents will be punished under the anti-corruption laws.

The Punjab government has launched a Citizen Feedback Monitoring Programme (CFMP) to seek first hand information directly from the public about the performance of its departments at the district level.

The programme started initially in district Jhang in 2008, then extended to six districts in 2010 and during 2012-13 in 36 districts and in 2014 all services were included. It is a joint venture of the World Bank and Punjab government.

The CDMP works through recording transaction details at the government office, send Robotic Calls to citizen inquiring about service delivery, follow up with an SMS urging citizen to provide feedback, recording citizen feedback obtained through SMS, calls made by agent to verify identity, feedback and complaints.

Moreover, the DCOs and Commissioners also make calls to inquire about corruption and take punitive actions.

For this purpose, the government has set up kiosks at hospitals and police stations to collect public feedback on the service delivery. Punjab Information Technology Board has been tasked to record the data to be shared with the DCOs and the administrative secretaries.

Punjab Information Technology Board (PITB) shared a negative feedback on service delivery with the secretaries and DCOs on CFMP. The meeting was told that public sector bodies were concealing data from the monitoring system. CFMP is a tool to measure citizens’ satisfaction on the one hand and to check corruption in government departments with the ultimate motive to improve service delivery.

To further check the practice of date concealment, DCOs have been directed to make field visits juxtapose the office record with the date entered into the CFMP dashboard. They have also been asked to ensure correct data entry including cell phone numbers of the service users.

The Chief Secretary has also observed that there was corruption even at grass root level. “The first interaction of the youth with the state was corruption-based. Generally the students and the youth had their first contact with the State when they applied for the domicile certificate”, he remarked, adding that corrupt at that level needed to be stamped out with an iron hand lest it should leave a long- lasting baleful imprint on the impressionable minds.

The CS said that the results of the pilot project of smart kiosks will be shared with S&GAD. PITB and S&GAD will continue sharing the negative feedback with the DCOs as well as the concerned administrative secretaries on regular basis, he held.

Moreover, the meeting was apprised about capacity of the system to accommodate increasing workload. The chair also observed that field monitoring by PITB and officials of the S&GAD could work as an effective check against concealment of data.

Moreover, PITB and officials of S&GAD would undertake surprise and random field inspections to check if the data entry was according to actual transactions especially of the registration of deeds.

The awareness raising about CFMP was also discussed. The option of running a centrally-controlled mass-awareness campaign was discussed. However, after thorough discussion, it was decided that till the capacity expansion of the CFMP system to respond to the whipped-up feedback, awareness-raising steps may be taken at local level. 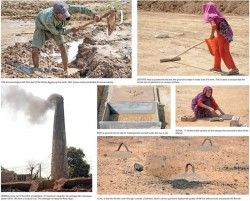 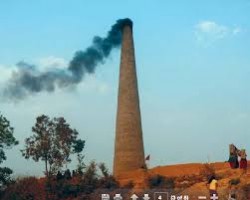 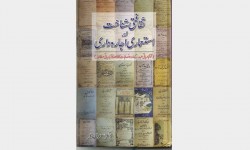