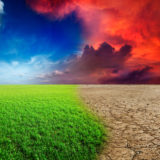 If there is one sector where the current government has shown more fervour than its counterparts, it’s the focus on environment and climate. The argument that Pakistan is one of the most vulnerable countries when it comes to drastic climate changes is well acknowledged now. And apart from the climatic changes, environmental pollution adds to the agonizing situation in the country.

What work has actually been done on ground to support Imran Khan led government’s enthusiasm for environment? The Economic Survey of Pakistan 2018-19 released yesterday shows some concrete steps taken by the government in the area of climate change adaptation and mitigation. Effective implementation of National Climate Change Policy and its Frameworks through regular meetings, expediting establishment of Pakistan Climate Change Council and Pakistan Climate Change Authority; preparation of Pakistan’s first Biennial Update Report (BUR) – that describes the status of Green House Gas (GHG) emissions and mitigation measures taken by the countries – by the Ministry of Climate Change; and revival of Federal Forestry Board (FFB) to rehabilitate forests and forest cover are some policy initiatives.

Two key projects here are the Clean Green Pakistan that involves revival of forestry and wildlife resources, and the extension of The Billion Tree Tsunami campaign of KPK to Ten Billion Tree Tsunami throughout the country, phase 1 of which is an 8-year program (2016-2024) with a total cost of over Rs110 billion.

Another key theme for the current government is rightly the air pollution. This year, June 5, this is celebrated as the World Environment Day was also themed air pollution. The government’s attempts to control smog last winters have been visible. While a lot more needs to be done in terms of long term planning, the Economic Survey highlights a study carried out on smog that can set some direction as to the steps needed in the coming winter season.

Economic Survey reports that it was found in a study that 65 percent of the sources were detected within Pakistan, which means fixing this 65 percent can seriously bring down smoggy conditions in the country. Also, it reports that the transport sector is the biggest contributor to air pollution in Punjab with a share of 43 percent, while the rice crop burning only adds 20 percent. In terms of sectors, industry and power sectors account for 25 percent and 12 percent, respectively. What is also of importance is the key pollutant responsible for smog; emissions of nitrogen oxide are the main pollutant responsible for smog formation largely coming from the transport sector with a share of 58 percent, whereas industry and power collectively hold around 34 percent share in nitrogen oxide emissions, and crop burning only has a share of 9 percent. Hopefully these results will help the government come up with a comprehensive smog policy this winters.