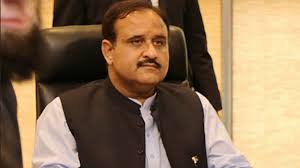 The chief minister presented a cheque of Rs7.5 million for LPC and assured early solution of problems being faced by the journalists.

LPC President Arshad Ansari thanked the Chief Minister for the grant and added that personal interest taken by Usman Buzdar for the solution of journalists’ problems is commendable.