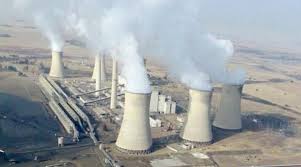 KARACHI   –  Sindh Chief Minister on Sunday chaired a meeting to finalise arrangements for the inauguration of Thar Coal Power Plants and said that it would be the first step towards prosperity of the country.

It is pertinent to mention here that the project would be inaugurated by Bilawal Bhutto Zardari on April 10.

The provincial chief executive chaired the meeting at the Chief Minister’s House that was also attended by Provincial Energy Minister Imtiaz Shaikh and other officials of the energy and finance department.

The chief minister said that Thar project would be helpful in eliminating loadshedding from the country. He said that it is one of the best projects of the country that would be beneficial for the entire nation and would help in lightening the country.

Shah said that they have taken exemplary measures to compensate the affectees of the coal mining in Thar that include better housing facilities, educational and health facilities for their children. “The affectees also have a share in the project under which Thar foundation will carry out activities for betterment of the Tharis,” he said. The chief minister while congratulating the nation on successfully fulfilling the dream of Benazir Bhutto further directed the officials to begin phase II of the project.