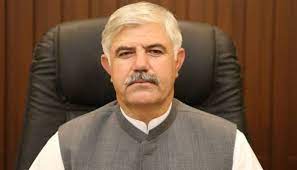 In a felicitation message the Chief Minister expressed hope that the newly elected body and other members would raise the voice of people impartially.