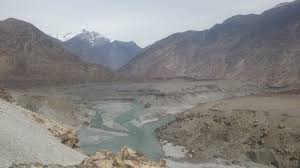 According to scientists who have put together a detailed report on the matter, there is a danger that at least 33 percent of the ice in the Himalayas and Hindukush ranges will melt by the end of the century. This would affect millions of people living in the region which is stretched out across 3,500 kilometres in Afghanistan, Pakistan, Bangladesh, Bhutan, Nepal, China, India and Myanmar. Around 1.65 billion people inhabit the river valleys located below the mountains while 250 million people live in the mountains.

The region is considered a ‘third pole’ because of the high mountains it houses and its vast stretches of icy glaciers. The study by the International Centre for Integrated Mountain Development warns that the melting of these glaciers could turn the HKH region into bare rock. The authors believe that even if tough action is initiated now by the government, the ice melt will continue, raising seawater levels and resulting in glacial retreat. It is not clear precisely how this will affect water flow in rivers but it is believed that an alteration in river levels which include the Mekong, Indus and Ganges would affect farming, the production of hydropower and other aspects of life.

It is already known that a rise in sea levels threatens the very existence of countries such as the islands which make up the Maldives. The problem is an acute one, with glaciers having already thinned across parts of the region since the 1970s. A continued climatic pressure on these glaciers as a result of global warming could also lead to land erosion and landslides, threatening human lives and cropping battles. It is this aspect of climate change that needs to be better understood by experts and also ordinary people. The continued insistence by major world leaders including US President Donald Trump that global warming is a myth does not help save our planet for the future. It may already be too late, but whatever effort is possible needs to be made to save the vast region and the mountains that make it up. This is vital to the welfare of people in the region and also to our planet as a whole. Receding ice fields already threaten the Antarctic and Arctic. From the most recent report, it is obvious that the impact of global warming extends beyond the polar ice caps. We do not know if it is already too late. But whatever is possible needs to be done to try and halt the damage that we have brought on ourselves over the past decades.