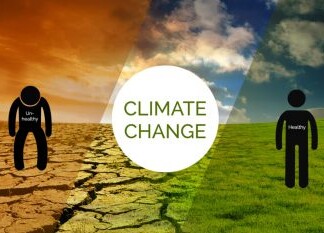 Islamabad: The Climate Change Ministry would introduce measures to strengthen the productivity and efficiency of water-dependent sectors such as agriculture and energy in the face of adverse impacts of the global climate change.

An official of the ministry said the climate change projections for South Asia as a whole show that warming is likely to be above the global mean and climate change would impact the glaciers’ melting rate and precipitation patterns, particularly affecting the timing and strength of monsoon rainfall.

“The sensitivity to climate change threats, in agriculture dependent economies (such as Pakistan), arises from their distinct geography, demographic trends, socioeconomic factors, and lack of adaptive capacity that when taken together, determine the vulnerability profile by perpetuating a vicious cycle of poverty,” he said.

According to a report compiled by the climate change ministry, a considerable increase in the frequency and intensity of extreme weather events, coupled with erratic monsoon rains causing frequent and intense floods and droughts.

He said the government has prepared a plan to pursue sustained economic growth by appropriately addressing the challenges of climate change that would allow it to focus on pro-poor gender-sensitive adaptation, while also promoting mitigation in a cost-effective manner. The official said these objectives emphasise a pro-poor and gender-sensitive adaptation approach that would build the adaptive capacity of the vulnerable population including women.