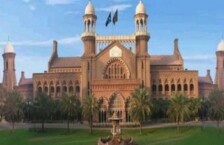 LAHORE: Justice Mansoor Ali Shah of Lahore High Court (LHC) on Wednesday directed the foreign ministry to apprise the court regarding Pakistan’s role in international conference on climate change slated to begin in Paris on November 30.

A representative of the ministry told the court that effective legislation was in the offing in light of the recommendations of the climate change commission. She said after the 18th Amendment, such legislation was a provincial subject. The representative said the ministry was fully prepared to participate in the forthcoming conference but failed to satisfy the judge on account of the nation’s objectives at the event. Justice Shah said carbon emissions from the developed world had altered the nation’s climate and the ministry was not aware of the benefits the conference could accrue.

The commission’s secretary said the body had summoned the PEMRA chairman to raise public awareness regarding climate change in its next meeting.

Petitioner Asghar Leghari said in his petition that he had approached the court to secure his fundamental rights. “An overwhelming majority of scientists, experts, and scientific organisations affiliated with earth sciences concur that there is sufficient evidence to establish the reality of climate change,” he said.