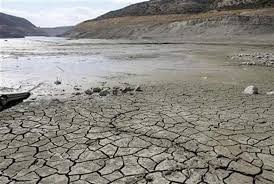 Global economic powerhouses carry on with their obsession with growth, burning more fossil fuel and adding more carbon dioxide to the atmosphere, which simply means a globe getting warmer by the day. While that’s no revelation, the world – the richer constituents in particular – continues to burn coal, oil and gas in huge quantities, and raising the global temperatures to record levels even in the parts of the world identified with maritime climate. Look at Europe. Having suffered a deadly heatwave in 2003 that claimed something around 70,000 lives, the continent is in the midst of another one. Worst affected of the countries is France where on Friday, the temperature surpassed 45 degrees Celsius for the first time on record. The previous high in France was 44.1 degrees Celsius that came in August 2003 and caused nearly 15,000 deaths. State forecaster says the record could be beaten again soon.

The record makes France the seventh European country to have recorded temperature in excess of 45 degrees Celsius, along with Bulgaria, Portugal, Italy, Spain, Greece and North Macedonia. At least two deaths linked to the heatwave have been reported in Spain while heat-related deaths have also happened in Italy, France and Germany, mainly among the elderly. “We have never seen this!” is a general reaction, according to media reports, to the deserted towns, empty terraces of otherwise-packed cafeterias and people dropping dead in the streets. There are other, more insidious effects of the rising temperatures too. The soaring heat is quietly raising global sea levels – something that only be noticed in case of a city being swept away in surging waters.

We humans have warmed the climate of our abode by 1 degree Celsius with the use of fossil fuel to power our economies. And so, we are bearing the brunt of something that is caused by us only.