Punjab Minister for Information and Culture Fayyazul Hassan Chohan has said as per the vision of Prime Minister Imran Khan and under the dynamic leadership of Chief Minister Usman Buzdar, the information ministry will not witness any corruption or embezzlement.

“Work will be done strictly in accordance with the law, rules and regulations,” said the information minister while addressing the ‘Meet the Editor’ programme at a local hotel in Lahore the other day. The programme was organised by the Council of Pakistan Newspaper Editors (CPNE).

Chohan said, “Everything will be done on merit and no distinctive treatment will be meted out to anyone.

“Permission will not be given for publishing or broadcasting content which negates the state, its military, judiciary, religion, morals and values of a Muslim society.

“We will follow the Constitution and the law and ensure others do the same.”

The provincial minister said according to the previous policy, there were two types of newspapers – national and regional – and advertisements were given on that basis. “Now, the incumbent government has made three categories – national, provincial and regional newspapers,” he said. “No newspaper will be given distinctive treatment.”

He said the Audit Bureau of Circulation had become a provincial subject after the 18th amendment, but it has not been implemented yet.

“We will legislate in this regard and debate over the law in the next assembly session to resolve the issues,” said the minister. He made it clear that there would be no complaints regarding advertisements, saying, “The media industry will run smoothly.”

To a question, the provincial minister replied that viable projects initiated during the tenure of the previous government would continue. To another question, he said releasing payments of government ads directly to newspapers was being considered.

In his welcome address, CPNE President Nizami thanked the guests and highlighted major concerns of the editors regarding the government’s media policy. He stressed on fair distribution and merit while awarding government ads.

Former CPNE president Zia Shahid said there was an impression that the government was considering to stop issuing ads to newspapers.

“On one side, there is pressure from the Supreme Court while on the other, newspapers are concerned over suspension of government ads,” he said, adding that they wanted to keep things rolling and avoid hassle.

He suggested setting up a special cell and fund regarding publishing special editions on specific days of national heroes.

The editions, he said, would create awareness among the new generation about “our national heroes”. SVP Imtenan Shahid said that government’s priorities regarding media policy and advertisements were not clear. 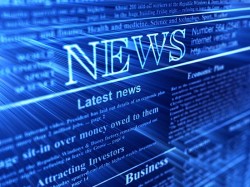