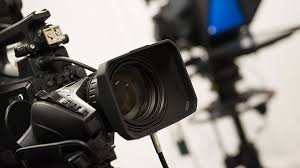 KARACHI – Chinese media delegation visited SZABIST, Karachi on 1st August 2018. The delegation was hosted by the SZABIST Media Sciences Department. SZABIST is the only educational institution in Sindh to which foreign media delegates are brought for an exchange of ideas.

The well-anticipated visit of the Chinese delegation was welcomed by the Head of Media Sciences Department Taimur Suri and Program Manager Languages Hira Anwar. Presentations were given by President SZABIST Shahnaz Wazir Ali and Hira Anwar.

Exchange of ideas took place between SZABIST and the foreign delegates. During the discussion, SZABIST emphasized on its efforts to teach the Chinese language through a well devised course and curriculum.

The foreign delegates were then taken for a tour of the SZABIST Karachi Campus during which they were introduced to the modern and state of the art facilities available at the campus.—PR