Child rights committee to be formed in slums of Islamabad 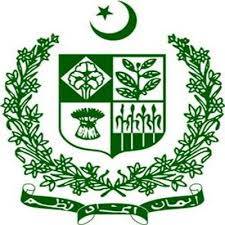 The initiative is part of the yearly work plan of NCPC from 2018 to 2019. The work plan also includes mapping of Islamabad Capital Territory (ICT) with regards to child protection issues with special focus on street children and child beggary. Through this mapping, the Centre aims to highlight the spots on the map of ICT showing the density of child protection issues.

Other major initiatives aimed in the work plan include visits of important chowks and bazaars in Islamabad and awareness walks in most affected areas and provision of temporary shelter equipped with counselling services for children and parents, affective referral and rehabilitation mechanism and non-formal education fir street children. The Centre will also work on the development of Child Protection Information System.

In coming months, the centre will also enhance linkages with district administration, police, bar association, civil society and media. Besides that, lectures will be held in schools, colleges and universities in order to engage youth and highlight the issue linked to child protection.

Establishment in 2006-07, National Child Protection Centre is provides protection services to vulnerable and at risk children. Its functions mainly include reunification, shelter services for rehabilitation and reintegration, psychological counselling and referral services to abused and exploited children, awareness raising on child rights and provision of social, legal, medical and other assistance, including bridge gap educational facility for abused and exploited children. Initially the NCPC had the mandate to serve the children at national level, however, after 18th Constitutional amendment, the mandate got limited to ICT.

The Centre is also providing non-formal education to the children from marginalized communities (Kachi Abadis) located at Islamabad. Out of school children, involved in child beggary are given pick and drop, free education kits, Uniform, shoes and daily lunch, etc. These children are enrolled in Centre for non-formal education, skill enhancement along with psycho-social development facilities. The children are mainstreamed by providing bridge-gap facility of the grown-up children to the Formal Schooling System.

According to the work plan document, majority of street children are turning to the streets in Islamabad from slums due to increasing poverty, unemployment, swelling family size, social disintegration and neglect. Majority of these children are engaged in begging however some of them are also engaged in dish washing, shoes shining, helpers at auto workshops and conductors at public transport terminals, helper at tea stalls, tuck shops, car washers, helper to the customers at weekly Bazars, Sabzi Mandi etc.

It says that the street children may be divided into two major groups including children on the street at the day time involved in begging, labour and other petty jobs etc. which eventually return to their homes at night and children who left their homes due to some serious problems and consider street securer than their homes. They lose their previous identity due to long disassociation with family and accustomed with free from all bondages. This category residing with families of gangs involved in social evils in slums.

The document says that although children of planned Islamabad may be protected yet slums are growing day by day and number of children involved in beggary and other evils as well as child labour are increasing. Thus children out of school in school-going-age/street children are increasing in Islamabad. When contacted, Director NCPC M Yousaf Shah confirmed the activities proposed in work plan said that the NCPC is in the process of implementing first quarter of the work plan.