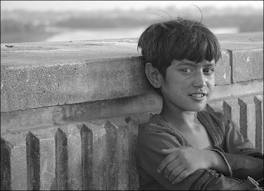 ISLAMABAD: A parliamentary committee approved on Thursday a bill for the establishment of the National Commission on the Rights of the Child. It also okayed amendments to existing laws, changing the definition of a ‘child’ to someone who was “under 14 years of age”.

The only exception to this definition will be under the new Section 377-A of the Pakistan Penal Code (PPC), pertaining to unnatural acts or sexual abuse against a child, under which a child would be defined as someone at the age of “18 or younger”.

The National Assembly Standing Committee on Law, Justice and Human Rights, met at Parliament House to discuss amendments to various sections of the PPC, 1860 and Code of Criminal Procedure (CrPC), 1898 aimed at improving protections for minors against exploitation.

Chaired by MNA Chaudhry Mahmood Bashir Virk, the committee decided to reduce the punishment for crimes under Section 377-A from life imprisonment to seven years. The new amendment also has a broader description for ‘sexual abuse’. Following objections by Syed Naveed Qamar, the term “below the age of 18 years” was added to the sub-section.

The committee also approved amendments in sections 292A (Exposure to seduction) and 292B (Child Pornography). The punishments suggested in the bill for these crimes and in other sections, such as 328A (Cruelty to a Child) is seven years in prison.

Jamaat-i-Islami (JI) MNA Ayesha Syed strongly objected to the cap on this sentence, arguing that it should be open-ended. She also said that Council of Islamic Ideology (CII) should be consulted to define terms and prescribe punishment according to Sharia law.

The MNA referred verses from the Holy Quran and said that the holy book was clear on the punishment for sexual offenses, but four witnesses were required to prove those allegations.

Her arguments were opposed by several committee members and MNA Mumtaz Tarar said that the Quranic stipulation of four witnesses was not jurisprudentially sound.

“Why would a criminal commit such an act in front of four people?” he asked.

PTI MNA Ali Mohammad Khan added that modern means of evidence collection, such as DNA testing may also be used to prove such allegations.

The chair then implored lawmakers to not be emotional and demonstrate cautiousness and judiciousness. He said that not prescribing a maximum sentence would leave a judge with too much power, which was not good for the system.

“For instance, a judge may give a sentence of 20 years, which is even more than life imprisonment,” he said.

Discussion on the establishment of the National Commission on the Rights of the Child (NCRC) also drew criticism from JI MNA Ayesha Syed, who argued that the commission would be a “burden on the national economy”.

“Usually, a mother and a child are under one roof,” she said.

The establishment of the NCRC was also opposed by Pakistan Peoples Party (PPP) MNA Syed Naveed Qamar, who argued that after the 18th Amendment, children’s rights were a provincial matter.

However, law ministry officials reminded the committee that a body to protect children’s rights was required under the United Nations Convention on the Rights of the Child, compelling the committee to approve the bill.

The NCRC Bill 2015 seeks to establish an independent commission which would monitor, protect and promote children’s rights.

The independent commission will have 18 members and hold the powers equal to a civil court. The members would include a chairperson, a member from each province, a member from Islamabad Capital Territory and Federally Administered Tribal Areas (FATA), two women members and a minority member. The commission will also include a child member and secretary, both of whom would be appointed by the federal government.

The bill stipulates that all adult members would be required to have 10 years of experience in child rights but does not specify the criteria for the selection of the child member.

The chairperson and every member other than ex-officio members will hold office for three years, extendable for a second term of three years, but for no more than two terms.

The NCRC will deal with all issues related to children’s rights and all crimes which infringe upon a child’s rights such as violence, abuse, exploitation, trafficking, pornography, prostitution.

The commission is mandated to examine international instruments and undertake periodical review of existing policies and programmes on child rights and make recommendations for their effective implementation.