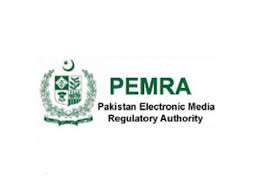 During the briefing, the Regional Director Multan said that the teams of the Regional Office were checking the cable networks operating in different cities and villages of Multan region on a daily basis and seizing the equipment used to show illegal channels.

Furthermore, it was being suggested that in case of any illegal activity, PEMRA would be empowered to take strict action and in case of violation, the agency would not only register an FIR against the licensees but also issue of the license would also be revoked.