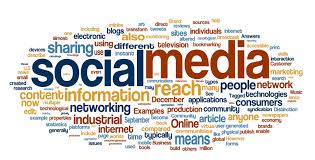 ISLAMABAD: When Max Kelly left his job of the chief security officer at the Facebook in 2010, he just disappeared from the screens of the virtual world – only to be discovered after Edward Snowden rocked the real world with his revelations that the US National Security Agency (NSA) had been snooping on the cyber traffic of all and sundry, friend or foe, government or non-government.

The New York Times found out the vanished Mr. Kelly working for the super spy NSA, which enjoys a secret legal cover to force such giant cyber service providers Google, YouTube, Verizon, Facebook to share with the NSA the e-mails and audio and video records of the billions of users of their services.

Pakistan too felt hurt but dared only slap a ban on the YouTube, that too for religious, not political reasons.

Now the Pakistani government is facing litigation against the ban from the YouTube fans in the country.

Some users of the social media have put the federal government in a fix by going to the courts against its blocking of the YouTube and arrangement with the Facebook to censor contents on the site it finds “undesirable”.

Several such petitions are pending in the Lahore High Court but the authorities find themselves lost as there is no clear policy or law to block or censor ‘unwanted websites’ or contents within the Pakistan.

A human rights organization, Bytes for All, which goes by the ID ‘B4A’ in the cyber world, is in the forefront of the campaign of free access to the social media sites.

In addition to filing petition in the Lahore High Court, B4A has fired a letter to Susan Morgan, executive director Global Network Initiative (GNI), seeking her help to investigate the Facebook’s “secret censorship deal” with the Pakistani government to block the undesirable pages.

According to the letter, Waseem Tauqir, Director General (S&D) Pakistan Telecommunication Authority (PTA), claimed in the Lahore High Court on July 4, 2013, that the government of Pakistan had an existing “arrangement” with the Facebook, which allows them to have “undesirable” content and pages blocked as per directions from the authority.

Yasser Latif Hamdani, a counsel in the said case said that “undesirable” is a vague term, and carries no definition, especially when it comes to repressive regimes and authoritarian internet governance practices.

Article 19 of the Constitution guarantees freedom of express of the citizens and the PTA officer’s claim, if true, would be a betrayal by the Facebook company of its users in Pakistan, he said.

According to him, selected pages of the Facebook relating to websites of the Ahmedi sect and pornography have been blocked in Pakistan, in addition to the YouTube.

Hamdani suggested that these forums should be used for healthy debates but was agreeable to blocking “the websites which promote terrorism, crime and encourage anti state activities”.

Hamdani said and suggested that these forums should be used for healthy debates.

A Ministry of Information Technology officer, however, denied it had entered into any standing agreement with the Facebook on censoring or blocking undesirable contents on its pages.

“Only when some material that violates the laws of Pakistan is sighted does the government request the Facebook to take it down,” Kamran Ali, member legal of the ministry, told Dawn.

He said the last time the government made such a request was when the amateur and controversial film ‘Innocence of Muslim’ put on Youtube, triggered riots across the Muslim world, including Pakistan, in September 2012.

“There may have been one or two other minor requests to the Facebook to block contents since they clashed with the laws of Pakistan or judgments of our superior courts. All of this is communicated to Facebook through official email,” said the officer.

In return, the Facebook asked for details, analyzed the seriousness of the request and took its decision, he added.

A senior PTA official explained that the Facebook has a policy to consider request for taking off the air contents that could hurt the feelings of the people of a country.

The other way to get objectionable contents – such as blasphemous and pornographic – blocked was to seek directions from the Inter-Ministerial Committee (IMC).

But he denied that PTA gave a statement in the Lahore High Court of an “existing agreement” between the government of Pakistan and the Facebook on blocking websites or pages.

There is another school of thought, which supports the blockage of ‘unwanted websites’.

For example in January this year former law minister and senator, Dr Babar Awan, filed a petition in the Islamabad High Court seeking permanent ban on the ‘unwanted websites’.

In the petition, still pending in the court, Awan accused the PTA of being lenient towards the unwanted contents.

He contended that despite directions from the Ministry of Interior the PTA has not blocked the blasphemous and pornographic contents on the Internet.

He cited a government notification of May 31, 2012 in this connection, alleging that due to PTA’s negligence immoral material was still available on the Internet, search engines and proxy sites.

“Those contents which are against our social values should be banned. But there is a need to introduce effective legislation in this regard because currently there is no statute to block certain websites,” he said.

However, he agreed that blasphemy and pornography are mentioned in the code of criminal procedure (CrPC) and a person who commits blasphemy, or is caught with pornographic material, is dealt accordingly.

“Therefore, banning such categories is justified,” he said. “Even Western countries have censorship rules for the internet users, such as child pornography is banned in the United States because they believe it hurts their society, criticizing the ‘holocaust’ is a cognizable offence in many European countries and in the United States.”

However, Mr Siraj was against banning websites like the YouTube. “We are an educated society. These websites contain both positive and negative material but the choice should be left to the discerning users,” he argued.