CCTV cameras to be installed at worship places of minorities 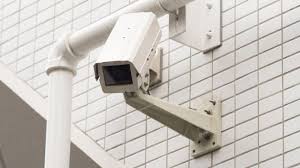 The Sindh Assembly was informed on Monday that the provincial government had decided to install closed-circuit television (CCTV) cameras to guard the places of worship of the religious minorities in the province.

Speaking during the question hour of the session, Sindh Minorities’ Affairs Minister Hari Ram Kishori Lal informed the House that there were a total of 243 worship places in the province belonging to the religious minorities.

The minister said the provincial IT department would soon start work on a project to install CCTV cameras at the worship places of minorities.

He said that during the financial year 2017-18, some 1,250 students belonging to the minorities in the province had been given scholarships on a need-cum-merit basis while the figure of such students during the year 2018-19 was 1,442.

He conceded that less money had been allocated for disbursing need-cum-merit scholarships among the students of minorities as only pupils of government-run schools got such facility. The minister said after the passage of the 18th constitutional amendment, the subject of the evacuee trust properties had become a provincial subject but the federal government had yet to make the desired devolution in this regard. He said that chairman of the Evacuee Trust Property Board should belong to religious minorities.

He said a committee had been working in consultation with the provincial education and law departments for adopting curricula of religious education for the schoolchildren of religious minorities in the province.