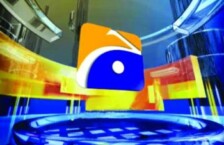 CHAKWAL: The city police, on the orders of District and Sessions Judge, registered a case against the Geo TV morning show under Section 298 (A).

A local resident, Hassan Ashraf, filed a petition with the court and said that the morning show anchor Dr Shaista Lodhi, actress Veena Malik and her husband Asad Khattak participated in the programme and hateful dialogues were spoken against the teachings of Islam and the Holy Quran. The people expressed their resentment over the programme as the religious sentiments of the masses were hurt. Police registered the case against the accused.

The consumers were of the view that the matter of Geo TV network was pending before Pemra and cable operators had no right to off-air the Geo News transmission.

The consumers demanded of Pemra that cable operators must be directed to start the transmission of Geo Network immediately.

The ADSJ ordered the Sambrial police to register the case, while announcing a verdict on a writ petition filed by a local lawyer, Muhamamd Imran Cheema.

The case has been registered under sections 295-A and 298-A. The court also ordered the police to ensure the early arrest of the accused.

As per the FIR, the accused had aired some contents in the Geo TV morning show, ‘Utho, Jago Pakistan’, which badly hurt the religious sentiments of Muslims.