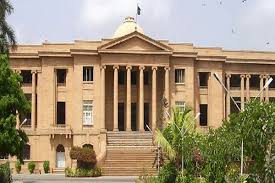 KARACHI: Presenting its arguments regarding the Axact Company’s channel’s licence before the Sindh High Court Justice Muhammad Shafi Siddiqui, the Pakistan Electronic Media Regulatory Authority (Pemra) counsel said Shoaib Shaikh had no source of income and without receiving advertisements, his channel is distributing motorcycles, land cruisers and even aircrafts.

The Pemra’s counsel further continued its arguments by asking from where is the money coming and who is financing all of this. The counsel said no information is being given about the source of money, and added that Pemra is a law abiding institution and cannot grant licence to this channel just like that. After the conclusion of arguments of the the Pemra and the federation, the court adjourned the hearing of the case until May 14.