SUKKUR: Speakers at a seminar on minorities rights stressed the need for treating each and every citizen equally in order to eliminate discrimination on religious grounds. They urged the Pakistan and Indian governments to stop exploitation of their respective minorities.

The seminar held at the local press club was organised by the Marvi Rural Development Organisation, in collaboration with the Insaf Network Pakistan (INP) and the Enhanced Democratic Accountability and Civic Engagement (EDACE), on Thursday.

The speakers resolved to wage a vigorous struggle for the rights of minorities in Pakistan and against religious extremism. They vowed to form a united forum consisting of all groups and organisations working for minorities’ rights to launch the struggle. A one-month-long awareness campaign in this regard also kicked off at the seminar, attended by people belonging to the Muslim, Hindu, Christian and Sikh communities.

MPA Deewan Chand Chawla urged the government to ensure provision of all constitutional rights of minorities and bring an end to discrimination on religious grounds. He called for increasing employment quota for minorities in the federal and provincial institutions and their representation in the elected houses.

Comrade Kakoo Mal said minorities should hold their elected representatives accountable if they felt being deprived of their constitutional rights. He supported the idea of launching the struggle and said the influential people involved in violating minorities rights should be taken to task.

Priest Muneer Bashir said minorities would never compromise on their constitutional rights. He said that minorities were more patriotic than the majority in Pakistan. Members of the minority communities must be treated as equal citizens, he added.

Sardar Aasoodo Singh observed that the Constitution provided every citizen an equal status but non-Muslims had never been given their all constitutional rights. 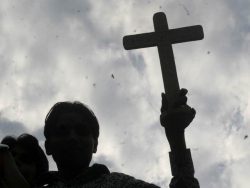 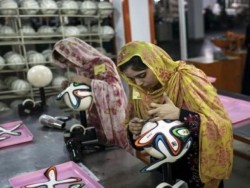