Call for ‘transparency’ in cybercrime bill

KARACHI: The cyber rights groups have voiced their demands from the government to publically share the draft of the cyber crime bill and called for inclusion of civil society members in the revision of the bill before it is passed in the National Assembly.

In a discussion held in the Habib University over the ‘controversial’ draft Prevention of Electronic Crimes (PEC) bill, 2015, loosely dubbed the cyber crime bill, the panellists warned about serious ramifications the bill entailed.

“The government has still not shared the draft publicly on their website, the fact that they are holding it back means they don’t want feedback on it,” said Jehan Ara, president of the Pakistan Software Houses Association for IT & ITES (P@SHA).

“If they put it up for everyone to see, the process will then be more transparent. There should also be a public hearing in which stakeholders are allowed to comment and give valuable feedback that the government can incorporate.”

Nazish Brohi, writer and researcher in social development policy, said there was a contraction of civil rights in the country with laws like the Pakistan Protection Act, the Fair Trial Act, military courts and now the PEC bill.

The rights group representatives said that the bill posed a serious threat to fundamental human rights, which included freedom of expression.

Sana Saleem, activist working on minority rights and internet freedom, said that section 31 of the bill was largely borrowed from Article 19 of the Constitution of Pakistan, but what was omitted in this bill were the words “reasonable restrictions”.

Section 31 states: “Power to issue directions for removal or blocking of access of any intelligence through any information system…if it considers it necessary in the interest of the glory of Islam or the integrity, security or defence of Pakistan or any part thereof, friendly relations with foreign states, public order, decency or morality, or in relation to contempt of court, commission of or incitement to an offence.”

Sana Saleem added: “If I write a tirade against the government on overspending during the recent Chinese president visit on Facebook, that criticism will fall under this section and I will be held accountable”.

Policymakers needed to understand that the new media was not broadcast media, and anything put up on social media was accessed by others by choice, she added.

“Does this mean what we decide to put on our Facebook timeline, we’ll be criminalised for it?”

Jehan Ara dwelt on the definition of ‘cyber terrorism’ which the bill sought to fight saying that cyber terrorism was actually the bringing down of the critical infrastructure of a country.

“The gravity of the crime matters, posting a meme or a picture of someone without their consent does not fall under cyber terrorism.”

Questions were also raised regarding the handling and protection of data which will be under the control of the Pakistan Telecom­munication Authority (PTA) through Section 32 which gave any authorised officer sweeping powers to gain access to data. “There is no data protection law in Pakistan, if the PTA will have access to all the data, who will be handling it? They should have a clause that assures that any evidence will not be put on public record. In cases of online sexual harassment cases, a gender expert would be better able to handle it.”

The panellists were also critical of Section 18 of the bill that deals with offences against the dignity of a person.

Section 18 states: “Whoever intentionally publically exhibits or displays or transmits any false intelligence, likely to harm or intimidate reputation or privacy of a person shall be imprisoned for three years and fined Rs500,000.”

The activists believed this should have been added in the Defamation Act, which is already present.

“In other countries defamation charges are imposed if the act is repetitive and causes serious harm to a person.”

The audience had a majority of university students who questioned whether there were any chances of the bill being sent back, Ms Jehan said she had been told by parliamentarians that a completely new draft was not possible. “Amendments can be made to this draft, which is our only hope. However, the response from some of the politicians has been extremely positive towards our cause.”

Ms Sana added that the youth needed to be mobilised to exert pressure on the parliamentarians to stop the ‘draconian’ bill. “Speak up; spam them with letters till we legally can,” she added.

“Nobody is saying don’t have a bill, but it can be better worded,” said Ms Jehan and that was echoed by the rest of the panellists, who believed that even the clauses that were seemingly positive were not well-drafted or thought out. 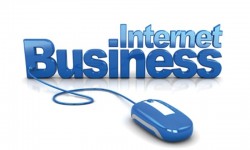 Environment for IT business 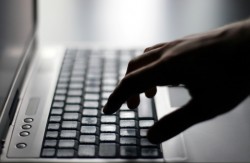 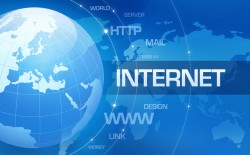