Call for research on how media adapts to new challenges 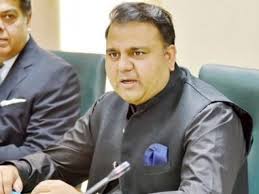 ISLAMABAD: Information Minister Fawad Chaudhry on Wednesday accepted that the media industry was in a crisis but claimed that it was related to technology.

He suggested carrying out solid research to understand how media could adapt to new challenges.

Speaking at the event in which a media lab was launched, he said his ministry had included digital media in its official advertisements and plans to digitise its official news agency.

The media lab will help refine and develop innovative start-up ideas for digital media and journalism in the country.

Mr Chaudhry also said Rs7 billion digital advertising revenue from Pakistan was ending up with international companies abroad. The government is considering options to retain these revenues within the country, he added.

The minister said media entrepreneurship was necessary to provide jobs to fresh graduates of media studies.

He said technology was changing rapidly and Pakistan could not afford to ignore these changes in its media policy.

“You need long-term policies to enable innovation and digitalisation, and agreements across the board with analysis of what is useful for the country,” she said.

“The ‘triple helix’ model should be brought forward (in Pakistan) from government to government, year to year, over a long period of time,” she said.

“Our main objective is to contribute to the creation of an ecosystem that encourages digital media content monetisation in Pakistan, especially for small-scale content producers and media innovators,” Mr Baig said.

The News: Media should look for revenue from market forces: minister