Call for rehabilitation of displaced communities

KARACHI: Alan Moore, famed graphic novelist of V for Vendetta, said through his main protagonist V, that “ideas are bulletproof”. This motto is very much applicable to the life of Perween Rahman, director of the Orangi Pilot Project (OPP) who was gunned down in March 2013 while fighting against the status quo bent on usurping goth land and make millions homeless across the country. She may not be alive today, but her work is being carried forth amid controversies, allegations and death threats.

At the Perween Rahman Lecture Series held at the Urban Resource Centre on Wednesday, the cause of the affected slum dwellers in Islamabad, who were evicted from their settlements in recent months, was taken up. Titled ‘Displacement of the Poor — A Case Study of Islamabad,’ different stakeholders and activists fighting for the displaced were present to offer an updated status of the case that has now reached the Supreme Court of Pakistan.

Tasneem Ahmad Siddiqui, chairman of Saiban — Action Research for Shelter, spoke about the need to rehabilitate the displaced communities in Islamabad. He has worked with Ms Rahman for years at the OPP and has witnessed first-hand the plight of those displaced.

“There is rampant apathy directed towards those living in kutchi abadis among people and most of the population shows them no compassion, and is unaware about their plight,” he said.

“Almost 40 per cent of the urban population in Pakistan lives in kutchi abadis, and in Karachi alone 50-55 per cent of the population resides in such areas,” said Mr Siddiqui while talking about kutchi abadis regularisation and upgrade. “The work in Sindh on this front has been ongoing since 1979 and was so well-managed that a team from Punjab asked the Sindh Kutchi Abadi Authority to train them, and on their return began work on the regularisation of kutchi abadis in Punjab,” he added.

However, he said, the issue of displacement of those living in kutchi abadis in Islamabad was not a new incident. He shared examples of how he, along with Ms Rahman and Arif Hasan, travelled to Islamabad and advised the displaced to form a task force and an alliance to counter the forced evictions in 1995.

According to Mr Siddiqui, the kutchi abadi in Islamabad Sector I-11 due to the looming 2015 local bodies elections as well as vested interest came under threat. After being given notice of a few months, around 15,000 people were displaced from their homes. “Many say the residents of I-11 have been living there since 1985, are registered on the voters’ list, have identity cards and their children go to schools nearby. And all because of a case filed in the Islamabad High Court against I-11, the limited kutchi abadis in Islamabad are now under threat.”

Mr Siddiqui blamed the original planning of Islamabad which he said was designed in such a way to house people belonging to the upper socio-economic class, leaving no space for lower income groups.

He also blamed the Capital Development Authority (CDA) for resorting to delaying tactics and not handling the issue of the displaced with the required sensitivity. 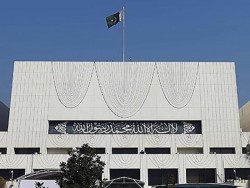 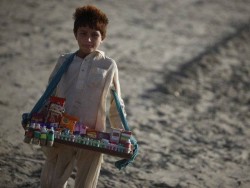 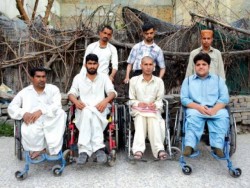