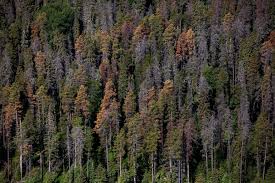 ISLAMABAD   –  The mind-blowing panoramic view of Islamabad from Damani-Koh makes manifestation of the fact that it is one of the most beautiful cities of the world located right at the bottom of majestic Margalla Hills. The houses in posh areas can be spotted in dense forest with straight line of wide-roads along pine trees, walking tracks and a vast meadow-like-green-area making it eye-catching.

Islamabad, the capital of Pakistan lying on the Potohar Plateau has a humid subtropical climate with five seasons – winter, spring, summer, monsoon and autumn. The ideal climate of Islamabad makes it more picturesque with abundant greenery, peace, cleanliness, scenic beauty, lush-green-mountains, pleasant-weather as well as public-parks, hiking and jogging tracks, coffee shops and shopping malls. Plantation of pine trees was the best option for water conservation in the soil as well as to protect the area from climate change hazards and to make the weather more pleasant.  Pine trees absorb water from the soil and conserve it in their needle shaped leaves to use it when ever needed and directly and indirectly it contribute in maintaining water table in the soil of the area. These were the views of a Chinese environmentalist Mr. Wang Lei who recently visited Islamabad.

The city owe its beauty to the facts that it is thinly populated, well structured, planned, highly developed from almost every angle. It is surrounded by Margallah Hills on one side which have the species of their own flora (plants) and fauna (animals) while Rawal Lake on the other side is further adding to its exquisiteness.

Islamabad has also been ranked as second in the list of world’s most 10 beautiful capitals in May 2015 after London followed by Berlin, Washington, Paris, Rome, Tokyo, Budapest, Ottawa and Moscow for its eye-catching and fascinating natural beauty.

The capital is divided into different zones and sectors each with a distinction of its own. The city is a source of amusement and a great place to spend holidays and to visit due to its adorable beauty not only of infrastructure but of the green lands and parks.

A resident of the capital, Sadia Khan said that the city has lots of worth-seeing visiting spots like Shakarpariyan, Lok Virsa Museum, Rawal Dam, Margallah hills, Fatima Jinnah Park, Pir Sohawa, Islamabad Zoo, Pakistan Museum of National History, Saidpur village and Faisal Mosque. She said the foreigners living in Islamabad were always praising the natural beauty of the city for its magnificent green view and superb architecture.Moreover, she said adding to the beauty of the city was grand architecture of national buildings such as Supreme Court, Prime Ministers’s Office, Parliament House and Presidency and the like.

Chaudhary Mukhtar Ahmed, another resident of Islamabad said, “I have visited several capitals of the world, no doubt, every capital is beautiful but there is no match of Islamabad.” He said the city could be distinguished from others on basis of wide and signal free roads, abundant green trees; clean environment, view points, beautiful buildings, playgrounds, jogging tracks, monument, and pollution-free environment. The one who didn’t visit Islamabad had not seen the beauty of the modern world, he remarked.

Humayun Khan, an official in the capital said that a single rain makes the view mesmerizing by washing the wide-roads and pine trees.” He said, “no doubt, Islamabad is the best capital in the world due to its superb weather, unique architecture and design”.

When contacted, Director Public Relations Capital Development Authority (CDA) Safdar Shah said that the authority was vigilant in monitoring and taking of prompt action against illegal constructions in the capital. He said, “Primarily, the authority is concerned with planning and development of the capital.”

Another official of the Directorate of Municipal Administration in the CDA said that the capital was given the status of second most beautiful capital in the list due to its green areas, population density, planning, and infrastructure and mountain views. Likewise, making Islamabad the first plastic-free city across the globe till August 14, the Minister of State for Climate Change, Zartaj Gul has urged the public to support the government initiative of ‘clean and green Islamabad’. To ensure implementation

of this decision, “heavy fines would be imposed on the violators”, she said.