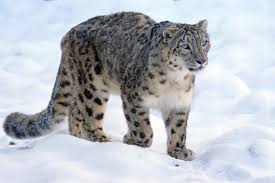 GILGIT: Speakers at a function here on Friday emphasised for need of creating awareness among people about snow leopard’s survival for healthy ecosystem.

The function was held to launch Pakistan Snow Leopard and Ecosystem Protection Programme (PSLEP) in Gilgit-Baltistan. The event was jointly organised by ministry of climate change, UNDP-Pakistan and Snow Leopard Foundation (SLF).

Wildlife experts, officials from government and non-government organisations, educational institutions and representatives of local communities participated in the event.

On the occasion, SLF director Dr Mohammad Ali Nawaz said prime objectives of the project were to promote landscape approach for survival of snow leopard and its prey species by reducing threats and applying sustainable land and forest management in critical habitats in northern Pakistan.

He also briefed the participants about the key challenges and barriers the project intended to address, including inadequate capacity, knowledge and proven models for conserving snow leopard and wildlife species at a landscape level; inadequate representation and protection of important habitats, including forests, in existing protected area network; insufficient economic incentives and alternatives to current practices of unsustainable land and forest use by local communities; and lack of awareness and skills necessary for wildlife monitoring, wildlife crime prevention and detection and effective conservation decision-making.

Syed Mahmood Nasir, inspector general forests, ministry of climate change, stressed the conservation of snow leopard as the animal is symbol of healthy ecosystem. He said climate change was major threat to snow leopards as agricultural lands were shifting in high mountains due to fast melting of glaciers and snow.

He appreciated initiatives of SLF like livestock vaccination and insurance schemes to support the community.

On the occasion, Mr Saleem acknowledged the conservation efforts of the organisations, particularly those working for snow leopard and its ecosystem conservation.

Talking about PSLEP, he said he hoped that the project would bring positive impact on the selected landscapes and valleys of Gilgit-Baltistan.

He offered full support of his department in implementation of the project.

A documentary on PSLEP introduction was also screened at the event.