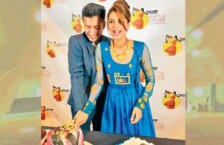 The 13th Tasveer South Asian Film Festival recently came to an end after a 10-day run in Seattle. Since Pakistan was the focus country at South Asia’s biggest film festival this year, multiple Pakistani films – 19 to be precise – were screened amidst artists from many countries. Among other things, Asim Abbasi’s directorial debut, Cake that opened the festival on September 28, won the Best Feature Narrative at the event.

The director recently took to social media to thank the team at Tasveer and also expressed his gratitude on the win. “Oh you people of Seattle! Thank you for the Audience Award for Best Feature Narrative and everyone at Tasveer who made it such a memorable festival. Cake loves you,” he posted.

Asim was also present at the screening of Cake during the festival along with Sanam Saeed who stars as Zara in the film.

Featuring Aamina Sheikh, Sanam Saeed and Adnan Malik in key roles, Cake is a family drama that released in Pakistan on March 30, 2018 and has won multiple accolades since then. The film has also been sent for consideration at the upcoming 91st Academy Awards in the Foreign Language Film Award category. 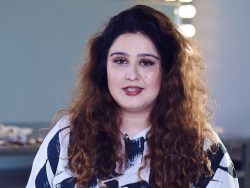