Bukhari asks PBC if he can practice law with PTV job 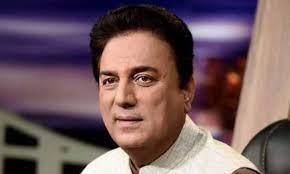 ISLAMABAD: Prominent lawyer Naeem Bukhari has sought advice from Pakistan Bar Council (PBC) — the apex regulatory body of lawyers — to suggest if his appointment as chairman of the state-run Pakistan Television (PTV) would affect his license to practice as a lawyer.

A two-page letter, written to PBC’s Executive Committee chairman Azam Nazeer Tarrar on Dec 16, 2020, explains that Mr Bukhari’s appointment was purely honorary and mainly aimed at bringing prestige to the organization. Besides, it added, his role would be restricted only to making policies.

“Kindly advise whether in the circumstances that I have accepted this honorary assignment, if the same has any effect on my license to practice,” asked the letter.

“Yes, I have received the application and will try to place the same before [the] council’s executive committee if they meet before Dec 31, the last date of the [term] of present 22-member PBC,” said Mr Tarrar while talking to Dawn.

But he hastened to add that in case the meeting could not be called by Dec 31, then the present executive committee would leave the matter to the next body of lawyers to deal with it and come up with a proper answer to the query.

Currently, the PBC is in the election mode to elect its new members for the next five-year term, with Dec 31 as the polling day. The election results will, however, be declared on Jan 5, 2021, for which 61 candidates have submitted their nomination papers for the election of members of the PBC throughout the country.

Mr Bokhari, who had led the legal team of Pakistan Tehreek-i-Insaf (PTI) chief Imran Khan in the Panama Papers leaks case, explained in his letter to the PBC that his appointment was made under Article 95-A of the PTV’s Memorandum and Articles of Association, reminding that in terms of Section 5-C of the Legal Practitioners and Bar Councils Act, 1973, he was not holding an office of profit nor was he in the service of Pakistan or employee or in the service of PTV.

“I have also not accepted any remuneration, benefit or privilege for this honorary burden,” he said in the letter.

A senior lawyer on condition of anonymity, however, drew distinction between the two cases, saying that there was a difference between the case of Mr Bokhari and that of Mr Naseem as the latter was a cabinet member enjoying office of profit.

But the PBC executive committee, whether the present or the one constituted after the fresh election, could refer the matter to its enrolment committee to determine the controversy in case they failed to come to any conclusion.

On Dec 14, Mr Bokhari appeared before a three-judge Supreme Court bench headed by Chief Justice Gulzar Ahmed that had taken up a case relating to the appointment Pakistan International Airlines (PIA) Chairman Arshad Malik. He explained that he was not getting any remuneration and had even refused the official car or official driver. Even coffee and tea for his office came from his own pocket, the lawyer stated.

When Justice Ijaz-ul-Ahsan, who was a member of the bench, asked if he could practice after accepting the government office, Mr Bokhari said he would approach the PBC to get clearance. He regretted that when PTV was making losses every year, its staff was getting huge salaries worth Rs1.5m per month; even the managing director was getting a salary of Rs2.5m for doing nothing. All of them had been fired, he said.

In his letter, Mr Bokhari explained that he was enrolled in 1985 for the Supreme Court and had a vast experience spreading over 50 years and with law practice, he had been occasionally appearing on television, mainly on PTV as an anchor.

He stated that the present government had burdened him with the responsibility to “straighten out” PTV and the Board of PTV had approved his appointment as chairman of the PTV Board of Directors.

The letter also reminded that advocates Ali Zafar and Ali Bokhari were also nominee directors of PTV in the recent past without any bar on their rights of audience before the courts.