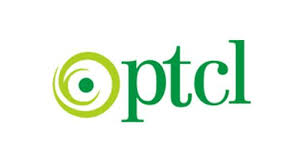 ISLAMABAD: Pakistan is experiencing a phenomenal growth of broadband internet which has become a household product as the journey started with few thousands connections have now reached 2.9 million mark.

This growth of broadband in the last one decade is an outstanding national success and by using modern services high-speed internet streaming is revolutionising the way people learn, communicate, work and do business.

Owing to their own limitations, some telecom operators are making misleading claims about the state of broadband penetration in Pakistan by incorrectly linking it with the country’s economic situation.

However, contrary to such ill-informed claims made in haste, the country has witnessed 70 times increase in broadband proliferation in the last six years. The numbers speak for themselves.

As per Pakistan Telecommunication Authority (PTA) data, the number of broadband internet users in Pakistan increased to 2.9 million. The growth can be gauged from the fact that around 101,707 new broadband connections were issued during month of August last year.

Major share of broadband connections was captured by Pakistan Telecommunication Company Limited (PTCL), which realised the importance of broadband and introduced discount on EVO, grabbing 93 percent of new acquisitions or 93,506 sales in a month.

The data showed such massive sales in one month for the first time in the history of the country as broadband subscribers using EvDO technology have crossed the DSL subscriptions to become the largest used technology for such services in the country.

EvDO now has over 41 percent of market-share in terms of broadband subscribers, with DSL technology following at 38 percent market-share.

WiMAX technology, worst hit due to rise in EvDO customers and saw a decline of 2,623 customers during August.

DSL technology added 10,307 new customers during the reported month. The Internetworldstats.com puts Pakistan’s total Internet users at more than 29 million with a population penetration of 15.5 percent.

The total number of fixed phones and mobile phone subscribers stand at 3.10 and 118.32 million, respectively.

PTA data further reveals that Broadband Internet put up an impressive growth rate of 28 percent from June 2011 to March 2012, surpassing mobile growth rate which stood at 9.0 percent for the same period.

Broadband services were first introduced in Pakistan in 2001 by installing equipment on existing copper lines used for provision of telephony services. Initially, DSL Broadband services were only provided to a small consumer base of high-end users in the big cities, but progress was slow and penetration negligible.

In the face of rapidly increasing demand for affordable broadband services and to fill the void of quality service provision, Pakistan Telecommunication Company Limited (PTCL) entered the country’s retail Broadband market in 2006.

It was the last company to enter the market when there were 25 other operators already active on the ground. Giving up its monopoly, the country’s largest and oldest telecom company strategically re-positioned itself in a fiercely competitive market while carrying its complicated but proud legacy.

The impact of this strategic move surpassed all expectations. PTCL’s entry in the broadband market had a major impact and the retail tariff was rationalized significantly. Broadband services were made accessible to every nook and corner of the country. More than 10,000 customers were achieved within the first 120 days of PTCL Broadband Pakistan’s launch, where as it took four years for all the other market players collectively to reach 30,000 customers mark.

Today, PTCL is the leading the broadband service in the country with 90 percent market share, having pioneered the most popular and diverse portfolio of products and services ever offered in this market.

A typical Pakistani household has 6.2 members on average, which accumulates into 29 million households, so the real impact is far greater.

Telecom experts on Wednesday said Pakistan is ranked among the top few countries to have registered high growth in Broadband Internet penetration in recent years.

The tremendous potential of broadband internet in Pakistan can be gauged by analyzing the last four years’ progress through PTA’s data. Broadband internet penetration was less than 1.0 percent per household in 2008. In 2012, it has reached 7.0 percent.

This mammoth growth has fuelled a broadband revolution, resulting in an increase in customer base and also helping wireless broadband technologies to expand setting the economic wheel in motion.

Despite the hollow claims, the truth is that the growth trajectory of Broadband is not the same for all operators. Rather, it depends on an operator’s network, infrastructure capabilities, investment size, business model and growth strategy, and PTCL is a strong case in point for the Broadband sector as the Company was committed to investing Rs 100 billion in the broadband sector in the next five years.