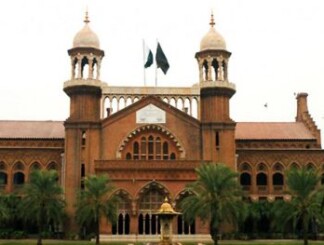 LAHORE: The court has issued notices to Pakistan Electronic Media Regulatory Authority (PEMRA), Axact Pvt Ltd, and Labbaik Pvt Ltd, on an appeal filed against an order of the authority on the issue of BOL TV licence.

A single-judge bench of the Lahore High Court, comprising Justice Ejazul Ahsan, issued the notices to the above-mentioned parties while allowing conversion of a write petition into an appeal, filed by a citizen, Agha Shahid Nadeem, through his lawyer, Muhammad Azhar Siddique. The notices were issued to Axact Pvt Ltd, and Labbaik Pvt Ltd through their chief executives.

The petitioner, a retired employee of the Pakistan Television Corporation Ltd, through a constitutional petition under Article 199 of the constitution of the Islamic Republic of Pakistan, as a public interest litigation, submitted in the court that “a dormant company, Labbaik, was acquired by some new people, ostensibly, representative of a foreign-owned company Axact after which Labbaik acquired licence for Urdu news channel BOL News, without a proper permission from PEMRA for acquisition of shares of that company nor proper security clearance from Ministry of Interior… Furthermore, while the licence of Bol News was liable to be cancelled if it failed to start transmission within one year, PEMRA was not cancelling it despite it having failed to commence transmission for the last 5 and half years.”

“That being aggrieved by the above, on 18.06.2013, the Petitioner filed formal complaints with PEMRA, State Bank of Pakistan and National Accountability Bureau …when PEMRA illegally refused to perform its statutory functions despite being formally called upon to do so, the Petitioner invoked the constitutional jurisdiction of this Hon’ble Court through Writ Petition No. 16942/2013,” the petition reads.

During the personal hearing the behaviour of PEMRA officials was absurdly biased and prejudiced towards the petitioner. The PEMRA officials refused to even share the record regarding Bol News and its holding company Labbaik, security clearance of its new shareholders, etc. (throughout the hearing, the record was lying on the PEMRA officials’ table but they refused to share it, despite it being public record). Being aggrieved in the manner the hearing was conducted, the petitioner, immediately after the hearing, on the same day, i.e. July 18, 2013, got received in writing his reservations about the way PEMRA had conducted itself in the hearing.

Among other things, surprisingly, when the petitioner’s counsel pointed out that parliament, through PEMRA ordinance, itself prohibited foreign money, foreign ownership and foreign control of Pakistani media, was it not PEMRA’s responsibility to verify, through other state agencies such as State Bank, FBR etc. the true identity of the owners of a new group and the source of money to ensure that it was not foreign money or black money, PEMRA officials said that it was not their concern, the petition further reads.

The petitioner submitted in the court that “on 22nd July 2013, PEMRA passed an evasive and deliberately misconceived order where PEMRA has turned blind eye to all these questions of national importance that the Petitioner has placed before it including the questions relating to the security clearance of respondent, eligibility of the new owners of Labbaik in accordance with Rule 7 of PEMRA Rules 2009, financier/investor of Labbaik, offering of packages to journalists that is many times more than what they are receiving at present while brand new Mercedez Benz is quite apart from the salary package and all this with a paid up capital of Rs. 7 million only.”

“That on 24th July 2013, being aggrieved from the evasive, unfair and unjust order of PEMRA, the Petitioner, immediately got received in writing his reservations on the said order to several government agencies… that the Petitioner through a letter dated August 2nd, 2013 requested the PEMRA to abide by the statutory duties enforced through PEMRA Ordinance.”

The petitioner, after narrating above-mentioned facts and other details of the matter, laid grounds for the petition that state regulatory authorities had “illegally failed to take any action on the reservations of the petitioner against the PEMRA’s unjust, ambiguous, evasive and unjust order dated 22.07.2013 communicated to them through petitioner’s letter dated 24.07.2013. The PEMRA had illegally failed to perform its statutory functions by not cancelling the licence for Bol News despite its failure to start broadcasting for more than five years.”

He prayed to the court to “declare the order issued by PEMRA on 22nd July 2013 as null and void and to set aside the order with no legal effect … direct the authority to obtain all the information from the new owners of Labbaik (Pvt.) …they are required to provide under Rule 7 of PEMRA Rules, 2009 and to take a decision based on that information whether they can be allowed to acquire a broadcasting license by way of purchase of this license holding company.”

Direct PEMRA to restrain Labbaik Pvt Ltd from commencing broadcasting of any of its channel till the Ministry of Interior confirms security clearance in respect of its new owners and forthwith cancel the licences of Bol News and Bol Entertainment that has been granted/transferred to it in grave violation of laws.

The petitioner’s lawyer, Advocate Azhar Siddique, during the course of proceedings requested the court to convert this petition into an appeal against the order of PEMRA. The court accepted his plea with a direction to delete some of the government institutions from the respondents’ list and file a fresh memo of the parties. The court order reads: “The petitioner is aggrieved of an order dated 22-07-2013 passed by Pakistan Electronic Media Authority, Islamabad. The learned council submits that the Authority, in deciding the matter, has ignored Section 19, 20, 24, 25 0f PEMRA Ordinance 2002 read with Rule 7 of the PEMRA Rules 2009. He further submits that the petitioner had sought information/ record which had not been provided to him as such principles of natural justice have been violated.

2. In terms of Section 30 A of the PEMRA Ordinance 2002 an appeal lies against such orders before this Court. Confronted with situation, the learned counsel prays that this petition may be converted into an appeal. This would, however, necessitate deletion of some of the parties impleaded as respondents and filing of a fresh memo of parties. Let an amended memo of parties be filed. Office is directed to treat this petition as an appeal and assign it an appropriate number. Once the amended memo of parties has been filed, notice shall be issued to PEMRA, Axact Pvt. LTD and Labbaik Pvt. LTD.”

The petitioner has filed the fresh memo of the parties. 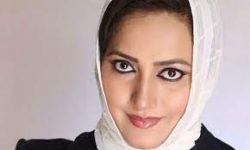