Bilawal, Siddiqui and others condemn attack on Absar Alam 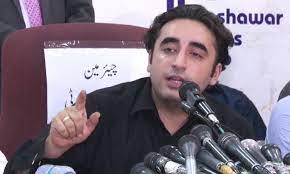 In a statement issued here, Bilawal demanded that the person who attacked the senior journalist should be arrested, and the incident should also be investigated. Bilawal also prayed for Absar Alam’s speedy recovery. Separately, Convener MQM-Pakistan Dr Khalid Maqbool Siddiqui also condemned the assassination attempt.

He demanded that the elements involved in the attack should be brought to book immediately.

In a statement issued from Karachi Press Club, they demanded a judicial inquiry into the incident and arrest of the accused involved in the incident,

The KPC office bearers also prayed for the recovery of Absar Alam and termed the attack as a attack on freedom of expression and journalism a matter of concern.

They said that the government should take practical steps to prevent such incidents and ensure the safety of journalists.

The KPC office bearers demanded that the elements involved in the incident be exposed and published in accordance with the law.