Behind the conspiracy theories 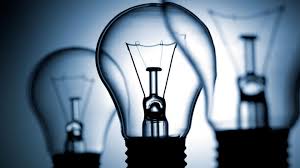 ON television, a couple of celebrity anchors were discussing the rising tide of conspiracy theories in Pakistan. One of the anchors complained that everyone in Pakistan is a foreign agent in the eyes of the other.

Media anchors skilfully identify a malaise but circumvent a candid prescription. Such tricks have become a vital part of the political economy of celebrity journalism, which has flourished for all the wrong reasons over the past few years.

It is not difficult to understand that conspiracy theories are the outcome of a retrogressive culture which flourishes in a controlled information regime due to the lack of public empowerment. In Pakistan, however, conspiracy theories are a vital part of national politics since they help status quo forces protect their interests.

Since the creation of the country, organised efforts have been at work to prevent power from leaving the hands of the ruling elite. The issue is not that people are not ready for change; the fact is that the state apparatus is incompatible with the changing spirit of the times.

Therefore, civilians’ empowerment has always been discouraged to enable conservative forces to maintain the status quo. The outcome of this retrogressive approach has caused irreparable damage to the country in which the militarisation of public space is notable.

Though political analysts have thus far highlighted the political aspect of the security establishment, this approach has proved deceptive and counter-productive.

By focusing on its material strength, such analysts have blurred the effects of the militarisation process. This enables the security apparatus to dominate civilian space.

From politics to educational institutions, from the confectionary business to civil institutions and from construction contracts to housing colonies, the footprint of the military juggernaut provides a material base for the supremacy of retrogressive ideas, ideals and ideology.

Centralised military policies shrouded in secrecy and ‘legitimised’ by the sacred notion of national security also grant ‘legitimacy’ to the military ideology.

The very ideal of first-class citizenship is associated with rewarding the soldierly values of patriotism, security, power, masculinity and discipline. Such concepts promote an anti-civil bias to discourage the possibility of alternatives.

This extension of the security apparatus into the public sphere has so far helped powerful elites resist any development incompatible with their cynical political beliefs. Moreover, it has created material conditions for empowering retrogressive mindsets to defend the interests of the ruling elites. Conspiracy theories are helpful in this nexus.

During the last few years, however, the issue has been further aggravated. Progressive forces such as the media, civilians’ networks, civil society groups and human rights organisations have set up new goalposts to fight conservative forces in the public domain.