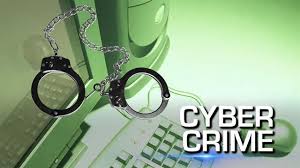 Karachi: The Federal Investigation Agency’s cybercrime unit arrested a banker on Tuesday over charges of placing a fake advisement on a classifieds website to malign a woman’s reputation.

The cybercrime unit said it had received a complaint from a resident of DHA, Karachi on January 15 wherein he stated that his daughter was receiving calls and messages after a man had posted an advertisement on a classifieds website where he had uploaded her pictures and contact number and identified her as a sex worker.

After the placing of the advertisement, his daughter was constantly receiving phone calls.

The complainant had requested action against the advertiser and taking steps to remove the advertisement from the website.

The cybercrime unit said it contacted the management of the classified website for the removal of the advertisement and provision of the
IP address that was used to create it as well as log history.

It was found that the advertisement was placed by a man named Mohammed Haseeb, an employee of the operations department at the private bank’s head office near the US Consulate on Mai Kolachi Road.

Haseeb confessed to his crime and laptop and other equipment were seized.

He also provided the password of the email address had used to create an account on the website and place the advertisement. Haseeb was arrested and further investigations are under way.