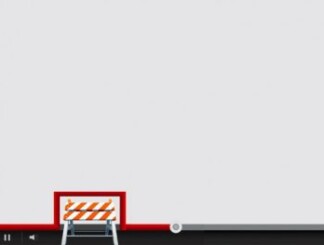 Thus far in its short term, the caretaker government has been content to stay relatively low-key, and even though a peaceful transfer of power to the next democratically-elected government is the main goal of the caretaker set-up, there is another area where it can stamp its mark. The ban on YouTube now stands at 200 days and counting. There have been previous false alarms where we believed the video-sharing website would be unblocked only for a figure in authority to squelch the idea at the last moment. The ban has now been in place for so long that it is likely most people have even forgotten why YouTube was originally blocked.

The effect of the YouTube ban on Pakistan’s cultural history will be stark and severe. By virtue of its immense popularity, YouTube has a virtual monopoly on video-clip sharing. This is where people go to upload choice snippets from the day’s talk shows, historical footage of immense value, educational material such as tutorials, music and other cultural artefacts. We have shut ourselves off from this conversation. YouTube is a curate’s egg of videos on every subject imaginable. Certainly, the very fact of its openness means that people will be able to upload videos that many will find offensive. The solution to this is not to block the entire website but to trust that users are mature enough to self-police. Another option is to work with YouTube and block access to certain material within the region only. YouTube has become the world’s digital library and just as we wouldn’t ban all brick and mortar libraries just because one person has written an offensive book, we shouldn’t be shutting off access to YouTube either.

There are plenty of things on the internet that people may not approve of and yet, banning the internet would be catastrophic. The same applies on a smaller scale to YouTube. This is why it would not run afoul of the caretaker government’s remit if it simply lifted the ban. We have unnecessarily been without YouTube for far too long and should not have to wait for another 200 days.