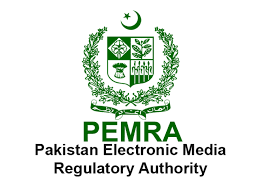 LAHORE: The Lahore High Court on Friday sought replies from the federal government and Pakistan Electronic Media Regulatory Authority (Pemra) within a week on a petition seeking ban on Indian films in Pakistan.

The petitioner Sheikh Muhammad through his counsel pleaded that the import policy order 2016 announced by the federal government had banned import of all Indian films and other content.

However, the information ministry through a notification on January 31, 2017 had announced that display of all international movies including Indian films in Pakistan will continue for revival of Pakistani film and cinema industry.

The lawyer argued that the notification was unlawful as it had not been approved by the federal cabinet, which was mandatory under a Supreme Court verdict.

The counsel pleads that the Supreme Court in a recent judgment had directed the government to take strict action against airing of Indian content on television channels. He therefore asked the court to set aside the impugned notification and direct the government to impose a complete ban on exhibition of Indian films and other content.