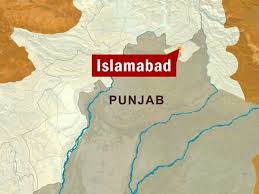 ISLAMABAD: The Shuhada Foundation of Pakistan on Saturday filed a writ petition with the Islamabad High Court against ARY Digital TV channel for airing a controversial programme.

The petitioner said in his plea that “in the morning programme being aired by Dr Shaista Lodhi, disrespect was shown to Hazrat Ali (RA) and Hazrat Fatima (RA). Apparently the disrespect shown to the Ahl-e-Bait was inadvertent, and Dr Shaista Lodhi had begged forgiveness from the Ummah and particularly from Allah Almighty. And the majority paid tributes to this step of Dr Shaista Lodhi. Geo News has removed the inadvertent video from its website which is something praiseworthy”.

It has been further stated in the petition that “by deliberately airing the video of inadvertent disrespect to the Ahl-e-Bait by Dr Shaista Lodhi, ARY TV, particularly Mubashir Lucman, has shown irreverence to Hazrat Ali (RA) and Hazrat Fatima (RA). Prior to that the hostess of the morning show of ARY Digital and noted Qawwal Amjad Fareed Sabri too have committed this disrespect a few days ago in the same manner as was done by Geo TV anchor Dr Shaista Lodhi, but neither ARY nor Mubashir Lucman has tendered an apology for the irreverence shown to Ahl-e-Bait”.

It has further been stated in the petition that out of personal animosity and grudge, Pemra, particularly cable operators, have behaved illegally and unconstitutionally and banned the Geo transmission throughout the country and specially in some particular areas. Cable operators have on the other hand not banned the transmissions of ARY in spite of the glaring disrespect shown to the Ahl-e-Bait in their programmes which is proof enough that the cable operators have taken this action with some other objectives in view.

The Shuhada Foundation of Pakistan has prayed to the court to proceed legally against ‘Dr Shaista Lodhi, Nida Yasir, Mubashir Lucman, chief executive ARY TV, Amjad Sabri and Aqeel Mohsin Naqvi for showing disrespect to the Ahl-e-Bait. If any action is being taken against Geo for showing irreverence to the Ahl-e-Bait, similar action should also be taken against ARY TV, for the reason that ARY has shown disrespect to the Ahl-e-Bait deliberately. If action is taken against Dr Shaista Lodhi, this would be in violation of Article 25 of the Constitution. It has also been prayed in the petition that all controversial videos, including the latest irreverence to the Ahl-e-Bait found on different websites, should immediately be removed from TV. Retention of such videos on the website is a clear violation of Articles 2-A, 14, 19, and 20 of the Constitution. In the petition it has also been prayed that the Pemra chairman and cable operators’ chairman be directed neither to ban the transmission of Geo TV nor to remove it from its original numbers.