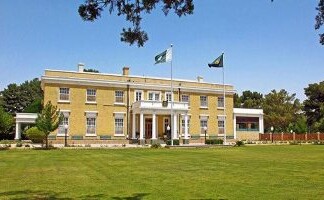 QUETTA – Balochistan Governor House has been opened for public on fourth consecutive Friday and historic official building was visited by students of Saqiba Girls College Quetta. Governor Balochistan Amanullah Khan Yasinzai welcomed the students led by Principal Firdous Anwar Qazi of Saqiba Girls College Quetta. Amanullah Khan Yasinzai said that the Governor House was opened in the light of Prime Minister Imran Khan’s vision for interest of public and students in the area, so that they would get knowledge about the historic official building.

Governor also assured them that all possible assistance would be provided to girls college in order to uplift quality of education in province. The visitor students inspected various divisions of an official house and took keen interest in ancient photographs and statues including effigy of British Viceroy which was set up in greenery of the Governor House during tenure of British.

Governor House’s official also briefed the students and teacher staff regarding the historic Governor House . He said that it was damaged in earthquake of 1935 which had been reconstructed with beautification in 1942.They expressed great pleasure over visiting of Governor House for the first time.Talking to APP on the occasion, Saqiba Girls College Quetta’s

Principal Firdous Anwar Qazi said that it was positive sign for public to open an official building which is 70-years old in order to give preference to masses in first time in country.She also appreciated the vision of Prime Minister Imran Khan and Governor Balochistan for opening Governor House .The students including Rumana Anwar, Asifa and Salia said that they got important information about the historic Governor House . 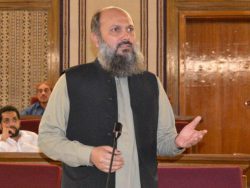 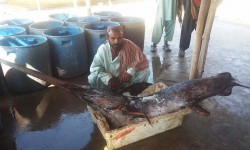