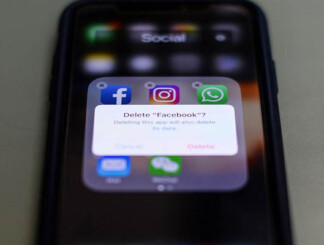 The Government of Balochistan on Saturday directed its employees to “immediately” exit social media pages and WhatsApp groups that “spread misinformation and propaganda” against the provincial government.

“The employees/civil servants are further directed to block all such webpages and numbers of administrators of these [offending] groups on their respective social media and WhatsApp accounts,” it said in a notification.

The official circular said that Chief Minister Jam Kamal Khan had taken notice with “great concern” of government employees being subscribed to social media pages and WhatsApp groups that were involved in “character assassination of government functionaries” and were fanning “ethnic rifts.”

It said that the heads of public departments and other organizations working under the provincial government would ensure “strict” compliance with the ban, adding that any lapse would result in disciplinary actions under relevant provisions of the Balochistan Employers’ Efficiency and Discipline Act 2011.

The National Assembly Standing Committee on Information Technology and Telecommunication last year was informed that the incumbent Pakistan Tehreek-e-Insaf government was considering banning social media websites in government offices to curb the alleged leak of official data. Similarly, Pakistan’s armed forced in January 2019 prohibited the use of social media networks among all personnel, irrespective of their ranks or departments.