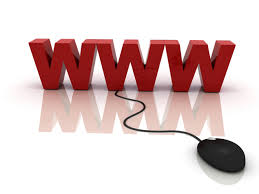 PESHAWAR: The Peshawar High Court (PHC) has dismissed the bail plea of an accused who had been charged with hacking the Facebook account of a woman which he later misused that led to dissolution of her marriage.

A single bench of Justice Roohul Amin Khan dismissed the bail petition of the accused, Rizwanul Haq, a resident of Bhara Kaho area in Islamabad, after hearing arguments from both sides.

Standing counsel for the federal government, FM Sabir, informed the bench that the Federal Investigation Agency (FIA) Cyber Crimes Wing had charged the accused under sections 36 and 37 of Electronic Transaction Act and Section 30 of Telegraphic Act.

He submitted that the FIA lodged the first information report against the accused on the complaint of Mehvish, a resident of Nowshera. She had stated in the complaint that she was a married woman and the accused first hacked her Facebook account and then started misusing her photos and posted objectionable material on it.

The woman, a mother of two, said the accused also sent her photos to her husband and in-laws with bad intentions, which led to dissolution of her marriage.Adnan Khan, inspector of the FIA Cyber Crimes Wing, submitted that after receiving the complaint, the agency launched investigation and finally traced out the accused.