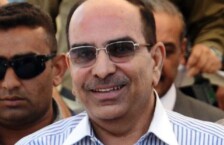 KARACHI: The Bahria Town Private Limited has served an Rs5 billion defamation legal notice on a media group and sought its unconditional apology for having run a false report in an attempt to tarnish Asia’s largest private real estate developer’s reputation and business.

Bahria Town has demanded an immediate end to the defamation campaign, unconditional apology, and publication of a contradiction in the newspaper at a prominent place within seven (7) days. “If you do not comply with this cease and desist demand, among others, within this time period (seven days), our Client (Bahria Town) is entitled to seek monetary damages and equitable relief for your defamation and detriment to its business,” said the notice.

“In the event you fail to meet this demand, please be advised that our Client, without prejudice, reserves the right to pursue all available legal remedies (both civil and criminal) including, but not limited to, seeking monetary damages, injunctive relief, and an order that you pay court costs and counsel’s fees,” Advocate Mohammad Azhar Siddique said in the notice.

According to the notice, the newspaper has been told to cease and desist from spreading false, misleading and defamatory narrative, statements and news of Bahria Town’s name, business, and reputation.

Bahria Town has been endeavouring and making headway through its various stakeholders, directors, and employees in the housing sector throughout Pakistan to provide the countrymen affordable housing.

“It [Bahria Town] has tirelessly but triumphantly worked through all days, nights, odds, lows and highs came in its way to provide and protect the true people of Pakistan their fundamental right to live in privacy with dignity, integrity, prosperity, security, basic amenities and facilities – in a house, their own house, their kingdom – which is the responsibility of state to be dispensed with as enshrined under the Constitution of Islamic Republic of Pakistan, 1973,” said the notice.

Bahria Town is not a land grabber or belong to any land mafia, it said. “Your newspaper has misunderstood and not fully appreciated the ideology, vision, mission, goals and successful business ventures of our Client (Bahria Town),” Advocate Siddique said in the legal notice.

The Bahria Town confirmed that none of the villagers, residing in the adjoining villages and towns have ever lodged their complaints or concerns with any authorities, etc. The Bahria Town has been generously helping and rendering support to the residents of surrounding villages with potable and drinking water, schools, dispensaries, etc in order to uplift the downtrodden, long deprived, less fortunate, destitute and suppressed communities dwelling in those poor and neglected areas which should have been looked after by the incumbent governments being their constitutional duty.

The Bahria Town condemned and contradicted any derogatory and defamatory attempts disseminated through the newspaper article to establish liaisons between the local politically influential persons and MPAs or MNAs.

“It is a business-oriented entity and does not believe in working through invisible and diplomatic channels. For that matter, this should also be hereby clarified that our Client has no connection whatsoever with one Mr. Rao Anwaar who has been in limelight for quite some time facing various criminal allegations and charges in some issues irrelevant to our Client,” the notice said.

“Our Client unequivocally condemns and contradicts the uncalled for mention and reference to concoct and portray an assumed and baseless wrong linkage between our Client and Mr. Rao Anwaar. Our Client firmly and openly believes in integrity, transparency, hard work, tireless struggle, rule of law, best practices and customs and fair dealings for all.”

On the contrary, Advocate Siddique said in the legal notice, Bahria Town is itself a victim of the “intrigues and machinations wryly played by the local feudal lords to their own advantage and gruesomely to the disadvantage of innocent local residents and habitants of the areas surrounding our Client’s land”.

The notice said that the Bahria Town had its own transparent and lucrative payment plans for the payment of land which was being purchased for its projects. It mentioned that the Supreme Court took the matter into its hands for the welfare, protection and larger interest of the original land ownership as well as the prospective home buyers.

“Accordingly, the Apex Court stipulated price slabs, payment methods and plan with respect to the purchase of land measuring 16,896 acres in area,” it said. “That the above plan was formalised through a detailed judgment passed by the Supreme Court of Pakistan reported as 2019 SCMR 703,” it added.

“The August Supreme Judiciary did not leave tiny space for anyone concerned in one way or the other to fiddle with the arrangement they have devised. That arrangement goes in the interest of people of Pakistan for now and for the generations to come.”

It has been further elaborated that Bahria Town has acted in all bonafide and good faith, throughout; and settled all matters as reflected through the judgment, passed by the Supreme Court (Implementation Bench), on March 21, 2019.

“The tremendous pressure exerted and falsehood conveyed through your aforesaid article amounts to nothing but defamation, intimidation, and harassment which is preventing our Client to carry out its business activities, in an effective manner, and it is likely to undermine the arrangements arrived at, successfully, as spelled out in the order dated 21.03.2019 by the August Implementation Bench, Supreme Court of Pakistan,” the legal notice said.

“Bahria Town has invested, of course, in good faith and all bona fide, billions of rupees in the real estate and housing industry and its directors prudently arrived at a settlement in respect of Super Highway Project, Karachi, purely in national interest and to protect the rights of the members of our Client.”

The Bahria Town reiterated that its directors and functionaries are working earnestly to ensure compliance of the commitments made to the Supreme Court. “Bahria Town being a law-abiding entity is following the payment plan through making mammoth payment with the Registrar, Supreme Court of Pakistan which can be verified therefrom since this is a public affair and there are no secrets.”

The notice said that the newspaper should have researched professionally and thoroughly before embarking upon this derogatory campaign against the Bahria Town to sell “their newspaper to the sheer disadvantage, defamation, and devastation of our Client”.

“This unprofessional, highly un-journalistic, devastating, prejudicial, detrimental, defamatory and propaganda against our Client is not acceptable and our Client hereby condemns and contradicts any or all damaging words, lines, paras, cliché, contents, statements and remarks deliberately contained in your noxious article in question.”

“In the purview, your spreading false, misleading, destructive and defamatory statements and narrative about our Client, through your newspaper, is entirely objectionable, offensive and without any valid basis,” Advocate Siddique said.

“It is most unprofessional and unethical of you and your reporter to, so casually and libellously, state, without any heedful regard to the impeccable name, business and reputation of our Client. Your insertion of false, misleading, derogatory and defamatory statements in the aforesaid article has raised unnecessary and totally unwanted concerns and skepticism amongst the customers of our Client including all relevant business circles, banks, regulatory bodies, the general public, etc for no genuine reasons. The resultant skepticism and negative propaganda have caused a continuing sizeable economic and financial detriment to the business of our Client.”