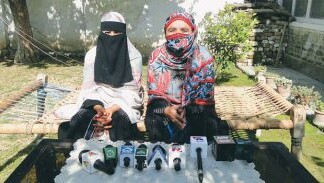 KHAR: Badam Zari, the first tribal woman to come forward to contest for a National Assembly seat from Bajaur Agency, has said that she wants to become a powerful voice of women of tribal areas.

Addressing a press conference at her house here on Monday, she said that her decision to contest the election was the result of comprehensive consultations with women of different areas of the region. “Not only women but also men, particularly some elders, have assured me of their full support and have also promised financial assistance to run the campaign,” she said.She said “women are half the population of tribal areas, but unfortunately they have always been deprived of their basic rights”.Ms Zari said protecting women rights and providing basic civic facilities to them would be her priorities. She blamed the government and lawmakers from tribal areas for discrimination against women.

The government and local administration had done nothing for the wellbeing of tribal women, she added.“Women in tribal areas are facing immense problems and difficulties because the government has ignored them. They lacked basic facilities of health care and education,” she said.She said she was aware that her decision to contest the election was fraught with risks, but it would give coverage to tribal women.“I know that I took a dangerous step, but I hope my decision will have a positive impact on women of tribal areas.”Ms Zari said she would make all efforts to persuade women to come out of their homes and cast their vote. Replying to a question she said her decision would project a soft image of tribal areas to the world because militancy and terrorist activities had tarnished the reputation of the areas, especially of Bajaur Agency. Ms Zari said she had neither been discouraged by anyone nor received any threats. Assistant Political Agent of Bajaur Asad Sarwar has said the administration would provide adequate security to Ms Zari. “The administration is responsible for the protection of Badam Zari and she will be provided security if she asked for it,” he said. Bajaur Agency has two National Assembly seats (NA-43 and 44) for which 70 candidates have filed nomination papers, most of them as independents.

AP adds: Bajaur is one of the many areas in the tribal region where the army has battled Taliban militants. The militants have a history of using violence to enforce their hard-line views on women. Ms Zari, who finished high school and does not have any children, said she filed her nomination papers on Sunday in Khar and she was accompanied by her husband who she said fully backed her decision.“This was a difficult decision, but now I am determined and hopeful society will support me,” she said. Men in Bajaur and other parts of the tribal region have historically discouraged women to vote, saying they should remain at home, according to local traditions. Out of the roughly 186,000 registered voters in Ms Zari’s constituency, about 67,000 are women, according to government records. “My decision to contest the election will not only give courage to women in general and attract attention to their problems, but also helps negate the wrong impression about our society,” Ms Zari said. “This will reflect a true picture of our society, where women get respect.” 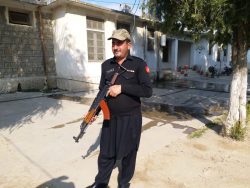