Back to the movies | Pakistan Press Foundation (PPF)

Back to the movies 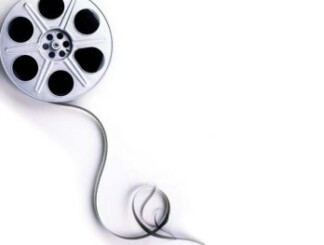 As if the deprived citizens of this country did not have enough on their plate, we have to worry about rogue television anchormen/women with axes to grind. Recently, Mubashir Lucman, the anchorman of a private news channel, submitted a petition in the Lahore High Court (LHC) contending that the screening and import of Indian movies be banned in Pakistan on the grounds that they were smuggled illegally. He also seems to have a problem with Indian movies shot entirely in our neighbouring country. This resulted in a lacklustre couple of weeks in cinema houses across the country where the screening of new Indian movies was stopped and avid moviegoers were riled up against this affront. However, one is happy to note that on Monday, the LHC dismissed this petition at the same time as it was withdrawn with the petitioner and the representatives of the Cinema Owners Association reaching the agreement that 50 percent of the cinemas in Pakistan would exhibit local films and 50 percent would screen foreign material. Mr Lucman seems to have found solace in this proposal but has vowed that he will now petition against Indian plays, serials and dramas.

Whilst the beauty of living in a democratic, free state is that one can register their complaints in the courts, there are some people who take things too far, apparently all for the sake of seeking attention. This ploy by Mr Lucman, for whatever reason, would not have succeeded in making the Pakistani film industry better — rather, it would have had the opposite effect. We have lived in times, after 1965, in which all forms of entertainment from across the border were banned. Our local film industry, without the threat of competition, collapsed unto itself, churning out nothing but ridiculous fluff flatteringly called movies. The viewers had no other option but to watch the sensory affront. However, with the opening up of and access to foreign content via satellite and cable channels, the Pakistani public was able to gauge for itself just how serious the business of entertainment really is. With the recent allowance of Indian and foreign content to be screened in cinemas, we are seeing a magnificent resurgence in the industry: state of the art cinemas are opening up, independent Pakistani movies are raising lost standards and people are lining up to watch what local movies have to offer. This is because we have healthy competition and exposure to what the people want, not what they are forced to watch. People like Mr Lucman, who have strange ideas of nationalism and pride, ought to think before they cry foul.