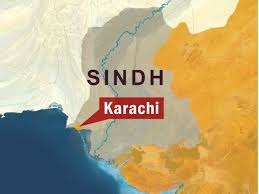 KARACHI: Amidst tensions at the LoC and an exchange of belligerent rhetoric from politicians and the media on both sides of the border, an alternative media platform called Baat Cheet initiated by Tehelka in India and PeaceNiche in Pakistan was launched at T2F on Wednesday.

The Indian participants in the event led by Kunal Majumder, assistant editor at Tehelka, were connected via video link and could be heard and seen by the audience present in Karachi.

Highlighting the genesis of the platform, Sabeen Mahmud of PeaceNiche said it was in March 2013 when she was in Delhi visiting the Tehelka offices that she floated the idea and was immediately accepted by her friends there. In an environment where both countries were at loggerheads, an alternative platform was needed where especially the younger people could come together and share their thoughts. This led her to get in touch with Durriya Kazi heading Karachi University’s Visual Arts Department that collaborated with the Convergent Journalism Department, Jamia Millia, Delhi to bring together students. Some 40 students from either side interacted through Facebook, Skype, etc as a result of which a series of short films, animation and photographic journals were produced.

Mr Majumder shed light on the campus connection initiative and briefed the audience on the Dosti Skype Project where children between the ages of 10 and 12 came together, something that Ms Mahmud termed ‘post-modern pen friendship’.

The managing editor of Tehelka, Shoma Chaudhry, touched upon the common history between the two countries and remarked that the new generation had moved beyond that history. She said the Baat Cheet project could flower.

Ms Chaudhry’s talk was followed by a short discussion on the works produced by students of Karachi University’s Visual Arts Department, speaking about which Ms Kazi said they were stories told without any mediation.

After that Dr Siddiqui of the Jamia Millia Islamia expressed his views on the programme. He said he’d been regularly visiting Pakistan and was hopeful that the new generation would be able to bridge the gaps between the two nations because they didn’t carry any baggage of history. He lamented that educational institutions in India and Pakistan did not collaborate much. However, he argued that people should stop using the cliché that both countries were similar, because Pakistan had its own identity as did India. “Instead of being enemies we should behave like competitors.”

Students of Karachi University then presented their works, the first of which was a photo magazine of Karachi’s Cantt Station. The second was a visual presentation of Indian poet Gulzar’s famous poem about the border situation in his voice using the title of an Ahmed Faraz poem Khwab Merte Nahin.

From the Indian side, a short documentary titled The Last Descendants was shown followed by comments of two students and their teacher, Sunita, who took part in the Dosti Skype project.

An anthology of short stories titled ‘Love Across Borders’ was also launched on the occasion.

The anthology was to be released midnight between Aug 14 and Aug 15. It’s being published as an e-book as a civic initiative by Indireads, an e-publisher. Two of the writers included in the e-book, Zaffar Junejo and Mamun Adil, read out their stories. Junejo’s tale was set in 1971 while Adil’s story was about unrequited love titled ‘That 70s Babe’. Both read out their pieces very well.