Axact chief, eight others sent to jail on judicial remand

KARACHI/ISLAMABAD: A judicial magistrate remanded on Monday the chief executive officer of a software company and eight other officials in prison in a fake degrees and money laundering case.

After the end of their physical remand, the FIA reproduced them before the court and sought further extension in their custody.

But defence lawyers argued that there was no ground for further extension because most of the suspects had been in FIA’s custody since May 27 and alleged recoveries had already been made.

Judicial magistrate (south) Noor Mohammad Kalmati sent them to jail on judicial remand till June 10 and asked the investigating officer to submit the investigation report at the next hearing. The magistrate also asked the jail authorities to provide medical treatment to the suspects if necessary.

The investigating agency moved an application asking the court to record statements of three key witnesses under Section 164 of the Criminal Procedure Code.

The court fixed June 13 to record testimonies of the witnesses in the presence of the suspects.

The defence side also moved an application seeking better facilities for Shoaib and another suspect in prison. But the court asked the lawyers to file the application in trial court because the case was to be tried by a sessions court.

The FIA claimed that during the inquiry incriminating articles had been recovered from the possession of the suspects and they and others were booked in a case under sections 420 (cheating and dishonestly inducing delivery of property), 468 (forgery for purpose of cheating), 471(using as genuine a forged document), 472 (making counterfeit seal, etc, with intent to commit forgery punishable under section 467), 473 (making counterfeit seal, etc, with intent to commit forgery punishable otherwise), 474 (having possession of document described in section 466 or 467 knowing it to be forged and intending to use it as genuine), 477-A (falsification of accounts), 109 (abetment) and 34 (common intention) of the Pakistan Penal Code, sections 36 and 37 of the Electronic Transaction Ordinance, 2002, and sections 3 and 4 of the Anti-Money Laundering Act, 2010, at FIA’s corporate crime circle in Karachi. Also on Monday, a court in Islamabad remanded 17 employees of Axact in FIA’s custody for seven days in the fake degrees case.

The FIA produced the employees arrested on Sunday before judicial magistrate Rasool Bukhsh Mir Jatt and sought their physical remand for two weeks.

The investigation officer told the court that the accused were involved in illegal business of selling fake degrees and transferring ill-gotten money to Pakistan through off-shore companies.

But the employees informed the court that were working in junior positions and had nothing to do with decision making. One of them said he was working as internee in the software company.

Saad Hassan, the counsel for Axact, informed the court that the employees had been interrogated for over 20 days on a daily basis. “They were cooperating with the investigation agency, but the FIA arrested them and registered an FIR against them,” he added.

He alleged that the FIA had arrested junior-level employees who had nothing to do with policy matters and decision-making of the company.

When the judge asked the investigation officer why senior-level officials were not arrested, he said the arrests had been made in pursuance of the inquiry and after thorough investigation.

The court directed the FIA to produce the accused before it next week. 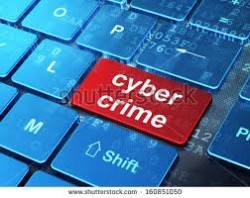