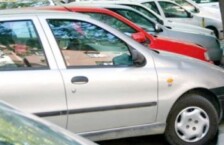 ISLAMABAD: In order to avoid the threat to human life posed by low-quality locally assembled cars and improve environmental standards, the government will adopt international regulations to address some of the consumers’ concerns.

Under the proposed automotive development plan for the next five years, the government will also address the issue of safety and reliability of vehicles and enforce regulations to make it compulsory for the assemblers to introduce a vehicle recall system for faulty units and install immobilisers to curb theft.

The policy underscores the need for phasing out technologically obsolete car models, but there is no proposal that could force the assemblers to phase out 20-year-old models.

The policy, which is yet to be approved by the Economic Coordination Committee of the cabinet, lacks firm timelines for the application of these global standards and there are concerns that the powerful assemblers will not introduce many of these initiatives.

In the plan, the government has protected the incentive package given to the existing players including tax concessions despite the assemblers having failed to pass these benefits on to consumers in the last two decades.

The government has admitted that Japanese vehicles lack global safety and environmental standards. This also highlights the role of successive governments that have failed to force the local assemblers to adopt the standards.

The policy document also highlights flaws in the existing national regulations that are also not at par with global standards.

In an attempt to address these concerns, the government will participate in the World Forum for Harmonisation of Vehicle Regulations under the United Nations/Economic Commission of Europe. It will also participate in the International Whole Vehicle Type approval scheme, known as WP 29’s IWVTA, besides enforcing global technical regulations.

However, the EDB has always been protecting the interests of assemblers at the expense of consumers.

The assemblers will be asked to develop and enforce safety regulations. It will be compulsory for them to install immobilisers in cars. A product recall system will also be put in place keeping in view the global practices.

Cars in Pakistan are prone to theft due to absence of safety measures like immobilisers.

Despite agreeing to the need of phasing out old models, the policy is silent on this aspect. The government admitted that car assemblers had no model phase-out policy and as such, vehicle models older than 20 years were still being produced, whereas these had long been phased out globally due to obsolete technology.

“Consumer welfare is ignored in terms of safety and quality,” stated the policy, adding there was general perception that the vehicles assembled in Pakistan had low quality and safety standards.

At present, the consumers are required to pay the full amount at the time of booking whereas cars are delivered after several months. In case of any price escalation before the delivery, the amount is paid by the consumers.

To stop this practice, the government has proposed that advance payment will be limited to half of the total price. Furthermore, the price and delivery schedule that should not exceed two months will be firmed up at the time of booking.

Any delay will result in a discount to the buyer at the rate of Karachi Inter-bank Offered Rate plus 2%.