WASHINGTON: The following release is being issued by the Global Media Forum Training Group:

Pakistan’s Asma Shirazi will receive the 2014 Peter Mackler Award for Courageous and Ethical Journalism on October 23rd, at 6 pm, at the National Press Club in Washington DC.

Asma Shirazi, 38, is Pakistan’s first female war correspondent and has reported on several recent conflicts including the Israel-Lebanon War in 2006, Taliban violence on the Pakistan-Afghanistan border in 2009, and General Pervez Musharraf’s 2007 state of emergency in Pakistan.

Undeterred by death threats and personal risk, Ms. Shirazi has demonstrated courage, professionalism and dedication in the search for truth in a country where talk shows are as risky as war reporting.

“We are thrilled to recognize the courage and dedication to journalistic ethics that Ms. Shirazi has displayed every day of her career,” said Camille Mackler, Project Director for the Peter Mackler Award. “At great personal risk, Ms. Shirazi has continued to ensure that unbiased, free information is available throughout Pakistan. She not only epitomizes the values our award seeks to recognize, she continues to be a role model to young women in Pakistan and in all other parts of the world.”

“By awarding Asma Shirazi, we pay tribute to the courage of those who fight for freedom of information in Pakistan. Facing harsh oppression, Shirazi demonstrates every day outstanding journalistic skills,” said Delphine Halgand, US Director, Reporters Without Borders.

“AFP is happy to be associated with this recognition of Asma Shirazi’s great courage and perseverance in reporting on conflict and politics in Pakistan despite the personal dangers she faced,” said David Millikin, AFP’s director for North America.

Pakistan is currently ranked 158th out of 180 countries in the World Press Freedom Index published by Reporters Without Borders. Ms. Shirazi is the second woman to win the Peter Mackler Award.

No killer of journalists punished in last five years: report 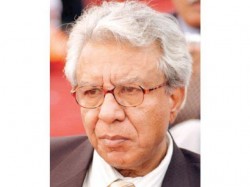