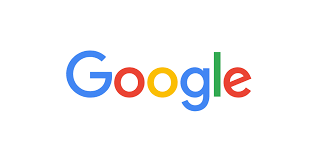 A resolution has been submitted in the Punjab Assembly to demand explanation from Google as to why when one types ‘bhikari’ in the search bar the picture of Prime Minister Imran Khan pops up. The resolutions asks for Google CEO Sundar Pichai to be summoned and explain why this happens.

Notwithstanding the fact that surely the Punjab Assembly should have bigger concerns on is plate, much time and energy can be saved if instead of the CEO a professional SEO, Search Engine Optimiser, is summoned to briefly elucidate the phenomenon, even if that might still be too technical for the comprehension of those who seem the most perturbed.

That, thankfully, isn’t the only comical angle to the development. The resolution submitted by the Pakistan Peoples’ Party leader Syed Hassan Murtaza would be an exemplary piece of satire – the satirical coefficient of which is bolstered by the fact that it actually is not.

“Even though Imran Khan is selected, puppet and a Prime Minister who has been brought, he still occupies the position of the Prime Minister of Pakistan,” notes the resolution.

Fittingly it referenced a similar complaint launched by US President Donald Trump. Last Tuesday, Pichai was summoned by the US Congress to explain why when one searches for the word “idiot,” Trump’s pictures appear high in the results.

Pichai had to explain it to the House Judiciary Committee, that search results aren’t manually produced by Google, and that what is shown is a result of crawling from the web pages.

One can be sure once Trump was informed about the explanation – if it did indeed transpire – he would probably have imagined gigantic spiders carrying his pictures from different websites to the screens of the users’ devices.

Khan might imagine a slightly different arthropod, if Pichai is miraculously summoned to the Punjab Assembly in the near future. Such have been the uncanny similarities between the two leaders.

Of course, troubles over Google search results are only the latest thing that had underlined these commonalities. Long before either of them had won the election in his country, how Khan is the Pakistani Trump – or Trump the Pakistani Khan, if you want to reverse the orientalist west-centric lens – was being deliberated over.

All the things that bind Khan and Trump are just a Google search away. And one would not have to ask the Google CEO, or an SEO, to explain that.

While their similar populist, eccentric characters might generate lots of buzz points, what is of more interest is the relations between the two countries they represent.

These of course are influenced by the two leaders’ similar characters. Last month’s Twitter standoff between the two is a prominent example.

But as things stand, with the culmination of the year 2018 – which for the US President began with a tweet calling out Pakistan’s safe havens – US-Pakistan ties have reached an intriguing position.

Yesterday, Pakistan-arranged talks between an Afghan Taliban delegation and US officials began in the UAE. This transpired only after Trump wrote to Khan requesting for facilitation over peace talks. Someone in Washington might finally have spotted how Pakistan was getting increasingly closer to China and Russia, which incidentally plan on influencing the future of Afghanistan as well.

But while Pakistan was arranging the talks, the country was put on a blacklist of religious freedom violations by the US. Notwithstanding the fact that any such blacklist should definitely have Pakistan’s name on it, the continued to and fro between Washington and Islamabad is perhaps the new reality of the bilateral relations going into the new year.

Or perhaps we could ask Google: how will Pakistan US relations be in 2019?

Fittingly, when you type that in the search bar, neither Trump nor Khan appears in the top image results. Once can see Vladimir Putin, though.