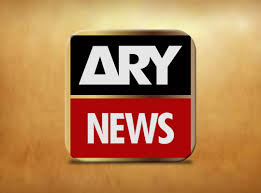 ISLAMABAD: The Islamabad High Court (IHC) on Thursday postponed for two weeks the hearing of an application filed by private TV channel ARY owner Salman Iqbal against the court orders to appear in person and his arrest warrants, saying the matter would be heard on merit.

The arrest warrants had been issued for the ARY owner over his inability to appear before court in a case pertaining to baseless allegations levelled against Jang/Geo, the country’s largest media house.

Earlier, Justice Athar Minnallah had suggested the formation of a three-member commission comprising IA Rehman, Javed Jabbar and Ziauddin. The Jang Group had accepted the proposal but ARY rejected it.

As the counsel for the Independent Media Corporation, Amir Abdullah Abbasi, appeared before the court, the judge said the matter would be heard on merit.

Abbasi replied that they had no objection on the formation of a commission or hearing the matter on merit.

Neither the ARY owner nor any counsel was present on the occasion. As result, the court adjourned the hearing for two weeks, directing the parties to present their arguments.

It may be recalled that Jang/Geo had filed a petition in a local court of Islamabad against six persons, including Salman Iqbal and anchorperson Mubasher Lucman, for maligning and defaming the media house.

Five of the nominated persons not only appeared before the court but also submitted the bonds; however, Salman Iqbal obtained a stay order from the IHC against his arrest warrants.