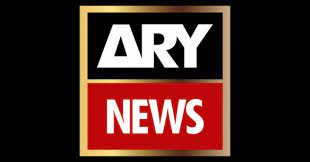 ISLAMABAD: The transmission of ARY News has been suspended in parts of the country, ARY News reported on Tuesday.

As per details, the transmission of ARY News has been reportedly taken down in parts of Pakistan following the orders of the Pakistan Electronic Media Regulatory Authority (PEMRA) to the cable operators.

In several cities, PEMRA officials went to the cable operators themselves to stop the broadcast of ARY News, the sources said, while in Karachi and Sukkur the broadcasting of ARY News was disrupted and was put on the last number.

Following the shutdown of ARY News, PTI leader Fawad Chaudhry said in a message on social networking site Twitter that ARY News has been off aired in various areas, adding that the fascist government thinks censorship will succeed in the 21st century.